The latest news in the world of video games at Attack of the Fanboy
January 27th, 2017 by Mike Guarino 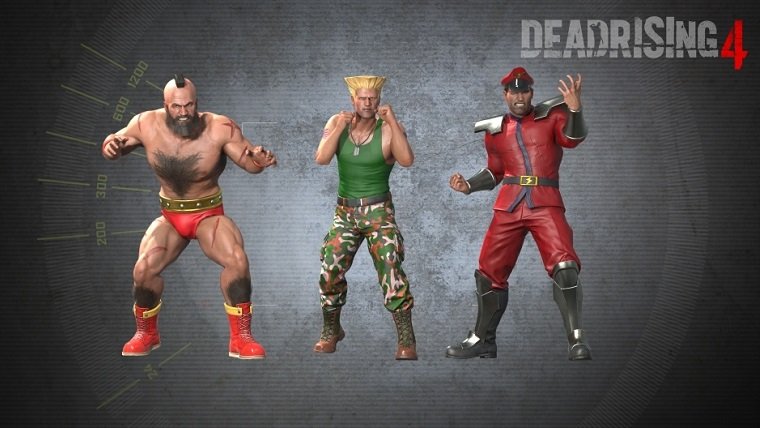 Dead Rising 4 saw its release in December of last year, but there’s plenty of new content that will be coming to the game in 2017. The first update that the game will be receiving in 2017 will be bringing with it quite a lot of content, which will do things like offer new difficulty modes and fix some bugs. This update will release on January 30th for both Xbox One and PC.

The first thing that the free update will bring to the table is two new difficulty modes, which will cause enemies to do more damage, weapons to break easier and food to restore less health. These new difficulty modes have not been named yet, but adding more challenge to the game will be a welcomed addition.

Next is a new Street Fighter-themed outfit pack, which will allow Frank to look ridiculous in outfits like Cammy, Zangief, Guile and M. Bison. You’ll be able to find the new outfits in the in-game wardrobe once the update is released.

These will be accompanied by a patch that will fix lots of issues that the developer has been tracking since the game’s launch, though official patch notes have not yet been revealed. From personal experience, there were some glitches that had certain boss fights not triggering properly or quests not progressing despite meeting all requirements, so hopefully these will be ironed out.

Finally, the game will be getting a trial version that will release alongside everything mentioned above. This trial will allow the player to play an hour of the game entirely free, which can be spread across the single player and multiplayer. Also, all progress and achievements earned in the trial can then be carried over to the full game if the player decides to purchase it.

Dead Rising 4 is available for Xbox One and PC, and marks the long-awaited return of Frank West to the series. While opinions of the game are split depending on who you ask, we happened to love the game when we reviewed it last year. The game will be getting a mini golf multiplayer mode and a new story DLC later this year, which are both part of the game’s season pass.