Dead Rising 4 Getting Major Free Update Based on Fan Feedback

The latest news in the world of video games at Attack of the Fanboy
September 28th, 2017 by Jose Belmonte 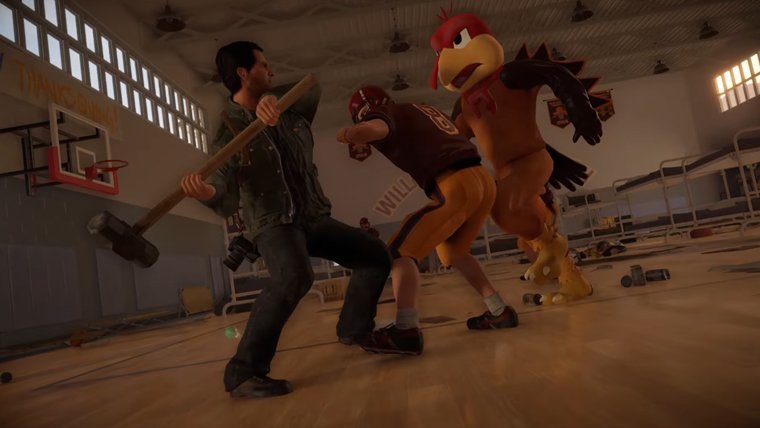 Capcom is not giving up on Dead Rising 4. The development team has been busy creating the upcoming Frank’s Big Package edition for PS4, and preparing some new features for the base game based on the fan feedback from the original Xbox One and PC versions. That includes more exciting encounters with Maniacs, six new rescue missions called Distress Calls, and general improvements on various aspects of the game such as control responsiveness, enemy AI, faster attack speed. And the best part of all is that all three versions will update for free with these improvements.

Dead Rising 4 launched in 2016 and while it presented the foundation for a good game as a standalone project, the video comparisons with the earlier entries hurt its reputation among the fanbase, resulting in poor sales that fell way below Capcom’s expectations. Having payed attention to those reactions, the team has focused on adding new content and features that will make the game more fun and exciting as a whole.

For example, the human enemies in the game the Maniacs, will now make use of new weaponry designed to reflect their own personality and unique profile, introducing more variety to the main adventure. Not only that, but their fighting skills have also been improved, representing a greater challenge than before. Maniacs will make better use of cover, shields, and in some cases will even have some Maniac minions that will make battles more difficult, but also more rewarding. Also, each battle will provide Frank with the special weapon of the enemy.

On the other hand, players will now receive from time to time messages from survivors that will ask to be rescued. These ‘Distress Calls’ consist on six unique and complementary missions that will grant access to additional outfits for Frank.

This free update will launch on all versions of the game at the same time that the Frank’s Big Package edition releases for PS4 on December 5. The previously announced Capcom’s Heroes mode from that version will also reach Xbox One and PC for free. Watch the trailer below.