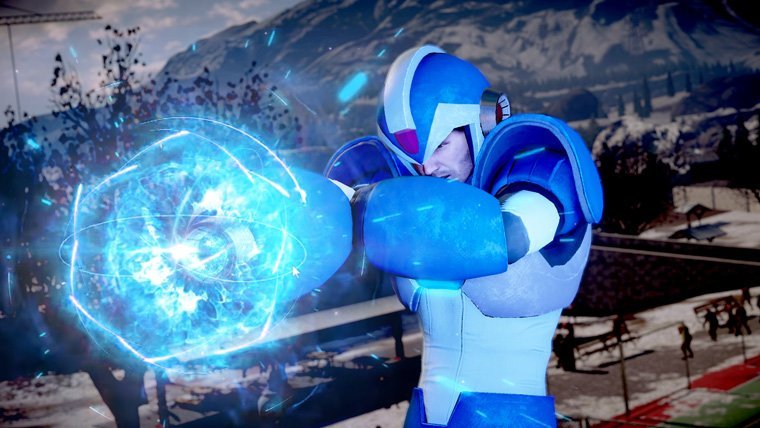 Capcom has announced that Dead Rising 4 is coming to PS4, in a special edition reuniting all the previously released DLC content on Xbox One and PC, plus some surprises. These additions consist on special costumes, a story expansion, and a brand new Capcom Heroes mode in which Frank takes new powers from the outfits of many iconic Capcom characters like Mega Man.

In Dead Rising 4, Frank West reappears 16 years after the events of the original game to uncover the government conspiracy that is responsible for yet another zombie outrbeak. Frank will make use of a huge weapon selection and anything he finds in his way to take down the undead, always retaining his signature irreverent humor. The game takes place in the Willamette Memorial Megaplex and its surroundings, where Frank will find weapons outfits, and clues for his investigation. The game also features a multiplayer mode that allows up to four friends to complete missions together and take over the Megaplex Mall.

Despite being one of the most important Xbox One exclusives of 2016, the game failed to meet Capcom’s sales expectations, which probably explains the existence of this version.

Dead Rising 4: Franks Big Package is releasing for PS4 on December 5 in North America and Europe. Watch the trailer below.