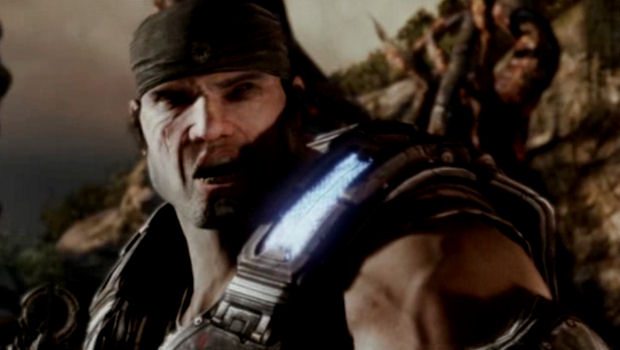 Time to get out the popcorn. If we know Cliffy B at all, the first shots of what is sure to be a heated battle of words between EA and Epic Games have recently been fired. Chuck Beaver, the Story Producer for the Dead Space series stated in an interview with EA’s official blog that he believes the Gears of War franchise features “literally the worst writing in games.”

In Beaver’s mind, the gameplay should be of the utmost importance to developers and publishers. The writing, he says, can be a fantastic edge over games that suffer from poor plot design, but that aspect alone is never enough to make up for gameplay that sucks. “Games are games first, and need to engage on that level,” said Beaver. “Story is a giant competitive edge to add to your offering, but pure story can’t rescue craptastic game design.  For instance, look at Tim Schafer’s career. He’s literally brilliant, but he needs a strong game designer backing him up.”

When commenting on whether or not a bad story can ruin a game, Beaver interestingly stated that such a question will always have a subjective answer depending on the gamer you’re asking. He did not hesitate however, to bluntly point toward Epic Games and the Gears of War franchise as the epitomizing example of what he feels is horrendous video game writing.

“Story can only ruin a game for those people who care about story, so it’s a conditional answer. For instance, Gears of War. It contains atrocious, offensive violations of story basics. Yet it doesn’t seem to ruin it for many, many people. It’s literally the worst writing in games, but seems to have no ill effects.”

Beaver went on to say that in terms of great writing in gaming, the Portal and Uncharted franchises top the list.

“On the other hand, you’ve got the Portal series, which, to me, succeeds at least as much on its writing as its masterful platformer level design.” He said further, “Uncharted, of course —2 more than 3. Everything else seems to struggle a bit. I guess I’m pretty picky.”

Beaver was also not timid in pointing out some self-criticism in regards to the Dead Space games, particularly noting that the first Dead Space contained “a wreck of unrelated events and broken structure.”

“We knew so little about story back then, and overruled our writers on a lot. Dead Space was just a simple haunted house story that we later pasted a personal aspect on top of – a lost girlfriend who is really dead. Dead Space 2 was a huge challenge. All these elements from the original game that were poorly thought through, like the Marker Lore, Necro ecology, etc., had to move coherently forward into the next narrative. The first story we had was a wreck of unrelated events and broken structure, so we cut our teeth getting that into shape, and didn’t fully make it. Plus, we got lost a bit in complicated lore and plot elements that didn’t come through. And don’t even get me started on the final boss sequence that they put in without me in the meeting! That was fun.”

Dead Space succeeds as a game because it is a truly visceral experience with an atmosphere that feels alive from start to finish. Although the story itself is relatively straightforward, the plot is not what keeps gamers on the edge of their seat, eyes darting and heart beating rapidly. What does however, is the fact that every dark hallway, every turn of a corner, every eerie sound you hear in the distance stays with you as a memorable moments of your gaming career. Certainly, Cliff Bleszinski would argue the same for Gears in the sense that the games contain unforgettable moments that are hardly diminished by a sometimes shallow plot. Either way, the chances of Cliffy B simply walking away from his games getting dissed are slim to none. Getcha’ popcorn ready!

This story has been updated.