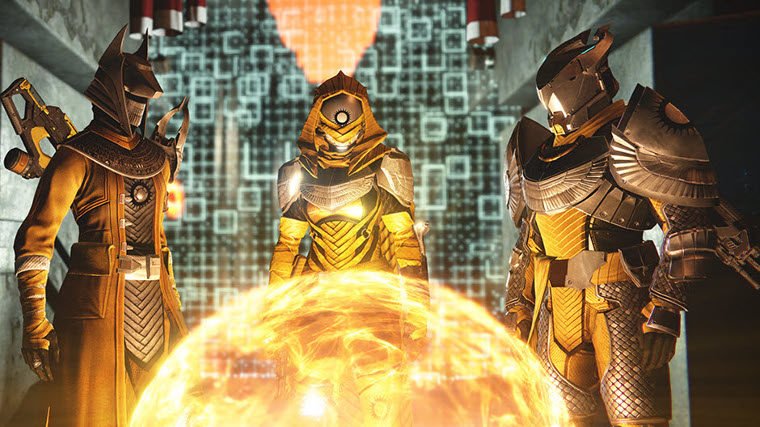 With Destiny 2 out now on the PC, it was only a matter of time before it was datamined and many details regarding the game’s present and future were revealed.

And now it seems that time has come sooner than most had expected, thanks to Reddit user TheEcumene who dug up over 26,000 Destiny 2 audio files which holds clues concerning potential Destiny 2 DLC, as well as locations and characters that will appear throughout the game’s lifespan.

First off, there is mention of Mercury possibly becoming a Patrol zone, giving credence to an earlier rumor which suggested that Mercury would serve as the key new location in the game’s first DLC, Curse of Osiris. Speaking of Osiris, he will apparently be coming to the Tower, while Shiro will head to Mercury. In a similar vein, Phobos was also mentioned as a Patrol zone which may have some connection to the second Destiny 2 DLC due to the way it was mentioned. Previous reports have suggested that it has something to do with the Warmind Rasputin, but the connection between it and the Warmind is unclear (if they are at all).

In addition, Ganymede and the Myriad are mentioned as new locations players may be able to visit at some point in the future, though when they show up (if they do at all), as well as their connection to the overall story wasn’t detailed.

Most interestingly, there are a plethora of old locations from the original Destiny that pop up frequently in the audio files.

Both the Black Garden and Vault of Glass show up, as well as the NPCs Petra and Variks, which means players may find themselves heading to the Reef once again to do some runs in the Prison of Elders. Furthermore, older planets and patrol locations, such as Venus, Mars, Dreadnaught, Old Russia show up with mention of the Red Legion, suggesting that it has also subjugated those regions.

Lastly, there’s mention of some limited-time events from the original Destiny that Bungie has already confirmed will be making a return such as Crimson Days, Festival of the Lost, and Sparrow Racing League.

You can see all the details for yourself here, provided you’re fine with spoilers. However, do note that much of what appears in the audio files can easily not appear in the game, since plans change overtime and are often scrapped. The presence of unused files in games are a common occurrence, so the presence of these files don’t mean much on their own. That said, a lot of this looks pretty cool, so here’s to hoping they all make it in eventually.