The latest news in the world of video games at Attack of the Fanboy
July 19th, 2014 by William Schwartz 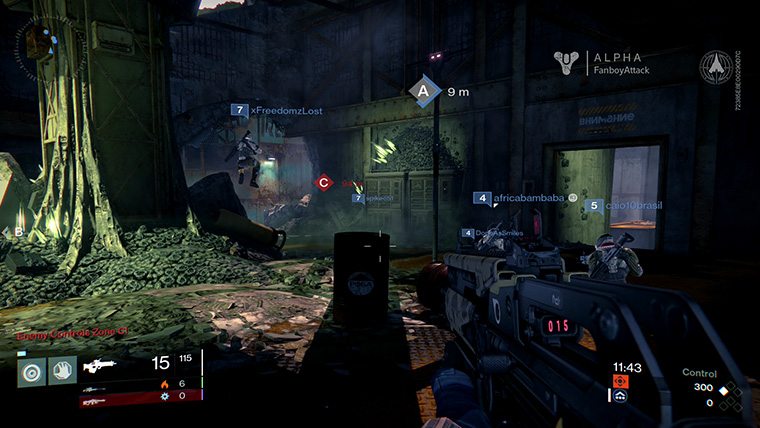 The Destiny beta is now well underway on PlayStation platforms and Bungie has just detailed the first special event. Starting today at 2 PM PDT and running until 4 PM PDT, the Iron Banner will be live. What is the Iron Banner exactly? I’ll let the team detail that for you.

“Welcome to The Iron Banner. Lord Shaxx isn’t the only legendary Guardian tasked with hammering you into fighting shape. When the time comes, new doors will open in the Tower. The Iron Banner crest will be set alight, and Lord Saladin will emerge, with new challenges to overcome, and a new way to earn honor and glory for your Guardian.”

If you’re still confused, let me clarify. The Iron Banner is focusing on Destiny’s competitive game mode, the Crucible, and offering epic loot as rewards for notable performances. The PvP aspect of the beta will see the introduction of two new maps, Rusted Lands (a returning setting from the alpha) and Blind Watch. The latter takes place on Mars, an all new environment for the beta and available exclusively through the Crucible. In fact, The Iron Banner is “the ONLY way to see these maps in the beta.” So if you’re looking to get out of Russia for a little while, today’s Crucible event is your best bet… for now.

Bungie has continuously teased surprises for the Destiny beta and there is much more to come following this Iron Banner event. The developer revealed that this limited time event “won’t be the only opportunity to experience something new” in the Destiny beta. We’ll have to stay tuned for more information.