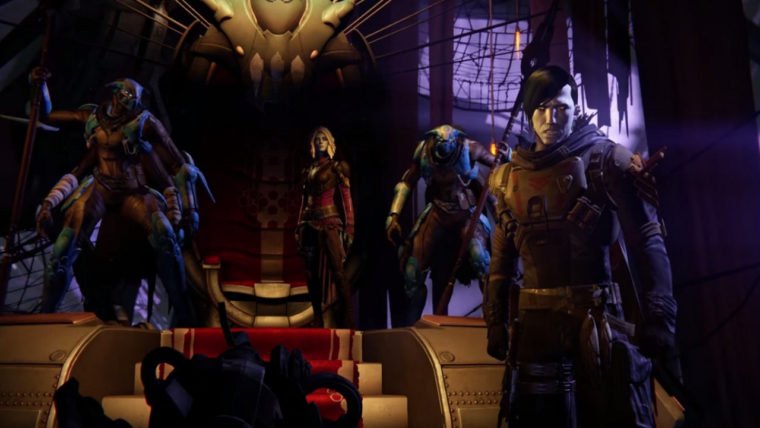 When Bungie previously unveiled their schedule for Raids and Special Events little detail was given for those beyond the first two. Today however, Bungie has released an update which fleshes out the plans for the next two Special Events, titled Combined Arms and The Queen’s Wrath. In regards to Special Events in general Bungie says “There should always be something new to experience every time you play Destiny. To give you new reasons to bring the fight to our enemies – and to each other – we’ve loaded our cannons with some more special events. Some of them will recur regularly. Others will happen when you least expect them.” 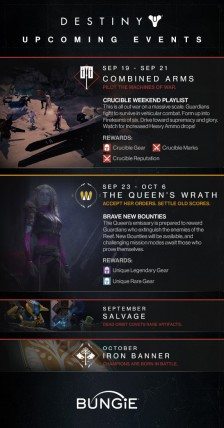 Combined Arms is a Crucible Weekend Playlist which will begin today and go until the 21st. It is described as “This is all out war on a massive scale. Guardians fight to survive in vehicular combat. Form up into Fireteams of six. Drive toward supremacy and glory. Watch for increased Heavy Ammo drops.” Rewards for playing in the Combined Arms playlist will be Crucible Gear, Crucible Marks, and Crucible Reputation.

The next Special Event for Destiny will be The Queen’s Wrath, which seems to offer new missions and bounties. “The Queen’s emissary is prepared to reward Guardians who extinguish the enemies of the Reef. New Bounties will be available, and challenging mission modes await those who prove themselves.

The next two events are titled Salvage and Iron Banner, but again little was revealed about them beyond the title. The first Raid, The Vault of Glass, is still available to play and Bungie has said that it will likely be a permanent fixture of the game. No future Raids have been announced, but we know more will come later on.

To learn more about Destiny be sure to check out our review, or some of the many guides we have available.