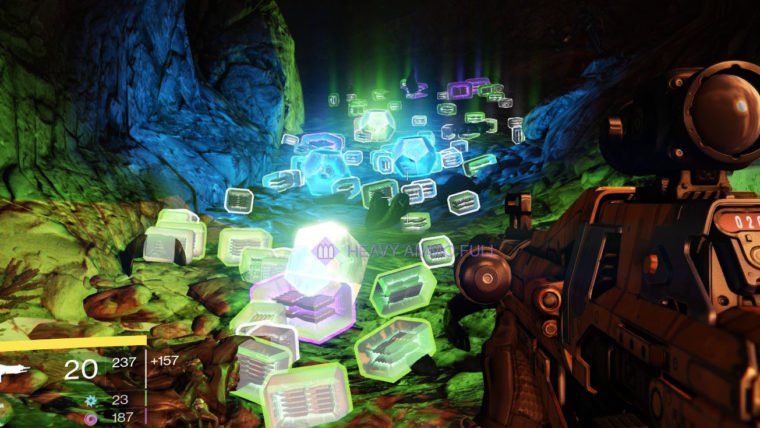 Due to Destiny’s unpopular loot system, which has now been given some improvements, players scoured the planets for prime farming locations. And so the Loot Cave was born, but its life was short. Bungie released a patch which squashed this sacred treasure-filled lair of the Hive.

However, Guardians remained steadfast in their quest for limitless engrams. Hot on the heels of Loot Cave 2.0, YouTube user MinistryOfGeeks has uncovered the successor to the cave, the Loot Stairs. Similar to the original cave, these stairs can be found in the Cosmodrome on Earth. Watch the video below for a walkthrough.

As you can see, it is a fairly simple method to rack up a slew of various colored engrams. Also, it’s very close to the spawn point on Earth, making the act slightly less tedious. Of course, you could always run the Tiger Strike Playlist, the Daily Heroic Mission or the Weekly Heroic Mission now that their reward system has been reworked. But if grinding the same group of continuously spawning Fallen is more your style, so be it. We’ll see how long Bungie lets this exploit stay live before another patch nerfs the spawn rate of the Fallen in the “Loot Stairs” area.

For now, go stock up on those engrams and gear up.