Destiny’s Next Crucible Event Set To Arrive In Early October

The latest news in the world of video games at Attack of the Fanboy
September 27th, 2014 by Dean James 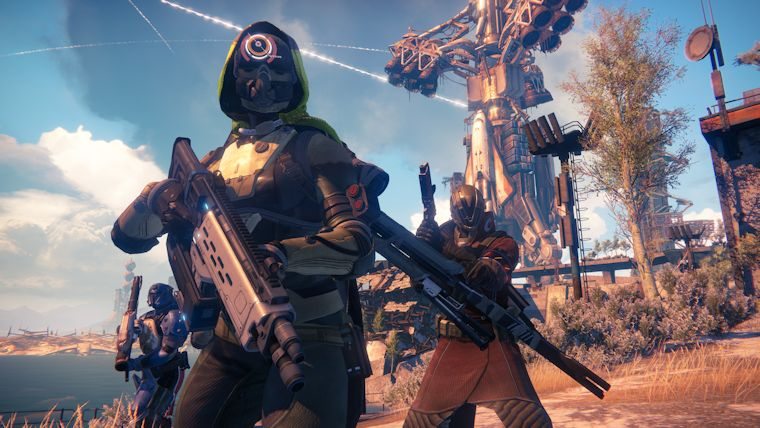 Destiny has been everywhere since release with constant news updates about new patches and the works. While The Queen’s Wrath is ongoing right now and won’t end until October 6, Bungie has revealed the start date for the previously revealed Crucible Event, known as The Iron Banner. 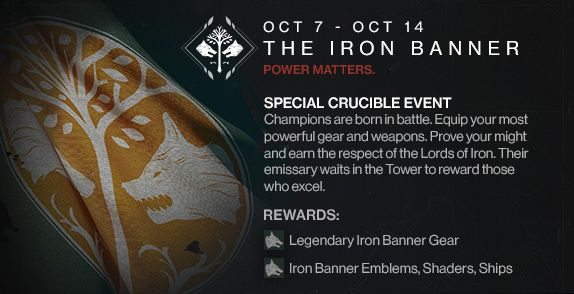 As The Queen’s Wrath event will end on October 6, The Iron Banner will start just in time the following day on October 7. However, do not confuse these two type of events as they are very different, with the latter being Crucible related. Also unlike The Queen’s Wrath that ran two weeks, this one will only last one week, ending on October 14.

Bungie’s latest update through their blog describes The Iron Banner as the following:

The Iron Banner event will also remove the automatic level balancing seen in the Crucible otherwise, so this is the best opportunity for you to use all your hard earned leveling and items in PvP.