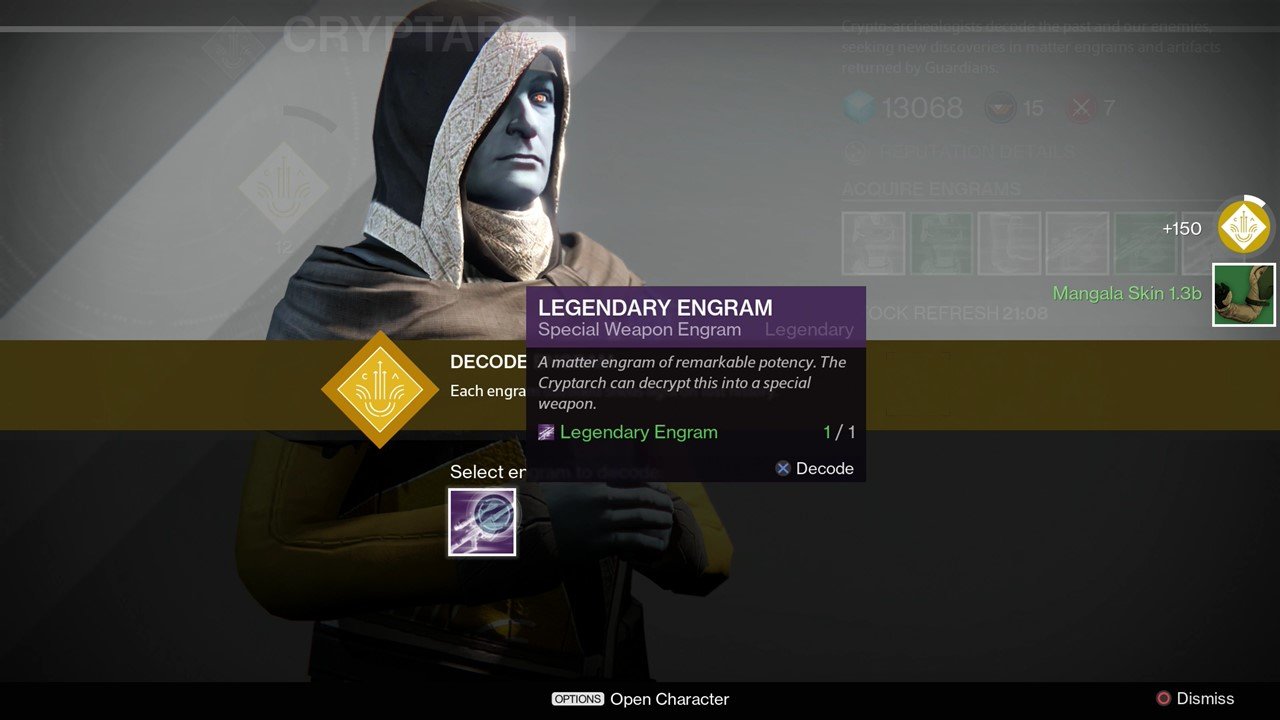 After all the complaining and moaning and hot-fixes Bungie is set to finally make a Destiny patch that everyone can appreciate. One that changes engrams forever.

The new Destiny patch, 1.02 is set to go live on all platforms next week and bring a lot of changes to how engrams are handled. Major changes are that all Legendary engrams will now produce Legendary or better via the Cryptarch. As Bungie described it, “Cayde-6 took the Cryptarch aside and showed him a sack of doorknobs. He decoded that mystery pretty quickly.” I think everyone is grateful that someone finally gave the Cryptarch what was coming to him. Also Rare engrams will always be Rare or better, which means that Legendary and Rare engrams will no longer give the player greens or worse. Also, ascendant materials are now considered Legendary items, so it will be possible to get these with a higher chance via Legendary engrams. Here’s the full patch list via Bungie’s Official page.

The patch is set to release next week, most likely Tuesday. So be prepared for the awesome changes coming.