Destiny on Xbox One not 1080p for beta, Bungie still targeting as launch resolution 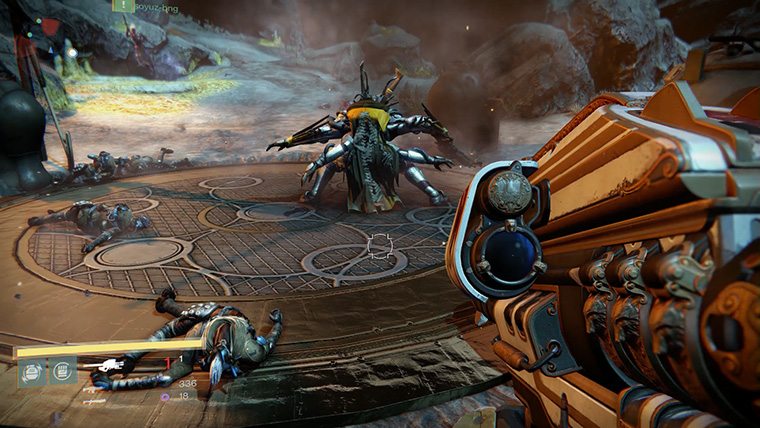 Bungie has revealed that the Destiny Beta on Xbox One will not come in at native 1080p resolution, though when the game launches, the developers expect that it will.  During a live streaming event on IGN, the community manager for Destiny revealed the news.

With only weeks to launch, it’s a bad sign that Bungie wasn’t able to get the Xbox One version of Destiny up to par with the PlayStation 4 for the beta, but Bungie concludes that there is ‘still time for improvement’.

PS4 owners seem to be getting the best that Bungie has to offer with Destiny.  Exclusive content and earlier, longer access to the beta at a higher fidelity — Bungie is making it hard to want to play Destiny on any platform other than the PS4.

Let’s hope that Bungie is indeed able to get Destiny running at 1080p on the Xbox One ahead of launch.  It’s one of the bigger games of 2014, and another popular shooter had resolution issues heading into launch.  Titanfall arrived on the Xbox One at a lower resolution, and despite hints that the resolution would see a boost post-launch, Xbox One players never got one.

The Destiny Beta begins tomorrow on the PlayStation 4, and next week on the Xbox One.