The developer definition of ‘A Ghost’ in Splinter Cell Blacklist 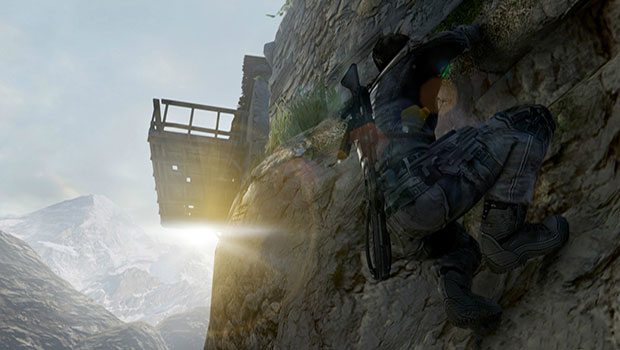 Ubisoft has made it clear that they will be focusing on stealth once again for Splinter Cell Blacklist. Being at the core of the Splinter Cell franchise, stealth will be one of the three approaches to take when taking Sam Fisher on a mission. Maxime Beland recently sat down again to discuss some of the new stealh features for Blacklist, and what his definition of the perfect ghost is. A ghost being the stealthy option in three gameplay styles: Ghost, Panther, and Action Hero.

Belande told Ubisoft’s Community Manager Zach Cooper in a recent interview: “Me being more a purist view, the ghost is the perfectionist. It’s the guy that plays in a way where he’s never seen, never detected, he does his objective and he leaves without anyone knowing what happened. For me, the perfect ghost doesn’t kill, he doesn’t take out anyone. So it’s really about you’re in, you’re out, no one knows. I think a fun part to any stealth game is that power you have of playing with the AI. They’re there and it’s not just about waiting for them to get out of your way. You can whistle or do something else that drives them somewhere else then you can create a path that you can use.”

We’ll likely be hearing more and more about this 2013 release in the coming months, and hopefully we get some details the return of Spies vs Mercs.