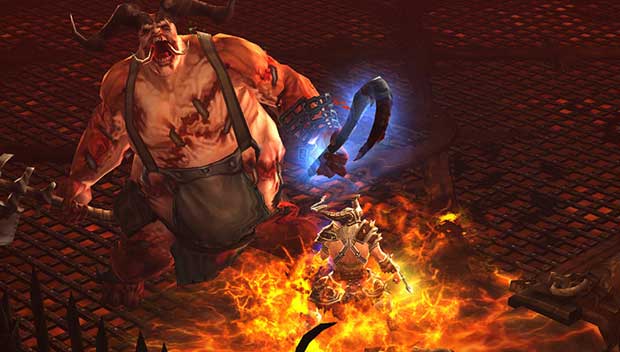 Diablo III’s real-money auction house was due to arrive on May 29th, when we last heard from Blizzard on the status of the feature. Today, the developer announced that they’re not going to hit that date with the release. This time around, Blizzard did not set a specific date that fans can look forward to for the release of the auction house.

Over the last few days, Blizzard has been updating the game with hotfixes that smooth out numerous gameplay features. You can find the full list here, but Blizzard warns there may be spoilers for those that haven’t completed the game yet.

As for the Real Money Auction House, considering that Blizzard has been tirelessly fixing issues on both the server and gameplay fronts, it’s looking like the auction house will arrive once the more major issues are addressed.  “In light of the post-launch obstacles we’ve encountered, we have made the decision to move the launch of the real-money auction house beyond the previously estimated May time frame,” Blizzard announced via Battle.net.

“As we mentioned in our original announcement, our goal has always been to ensure everyone has the smoothest experience possible when the real-money auction house launches, and we need a bit more time to iron out the existing general stability and gameplay issues before that feature goes live.”

Diablo III launched on may 15th as the largest PC game launch in history.