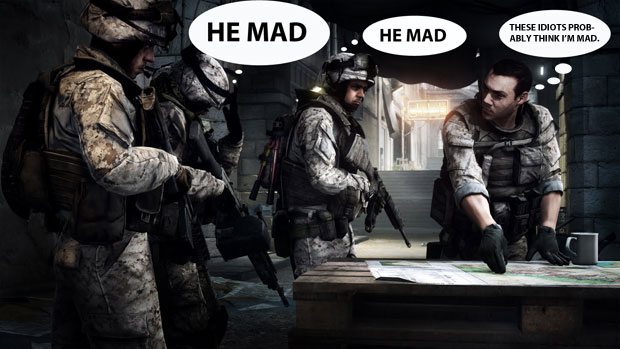 DICE has tried to keep an open line to the community by posting consistent updates for the fans via multiple Twitter accounts, but recently things have begun to get a little out hand in the spin department.  Some websites have taken it a little too far when it comes to misconstruing what the developer has stated via their Twitter accounts.  DICE’s  Rendering Architect, Johan Andersson has finally called it quits claiming that he’s done giving updates on the game because of “Troll Journalists”.

Johan mentioned a handful of sites before signing off, but it seems that most of the controversy stemmed from a story titled “DICE Favoring Xbox on Consoles After Cursing Out PS3 Fans”.  The author of the article basically cut and pasted multiple quotes from the developer, taking them completely out of context to fit the title of the story, but more likely for personal gain.

@Shokun92 yeah I thought troll game fans was bad (but manageable), troll journalists at the largest gaming sites is a whole different beast!

You could tell that Johan had been getting upset with his Tweets being used as flamebait for websites.