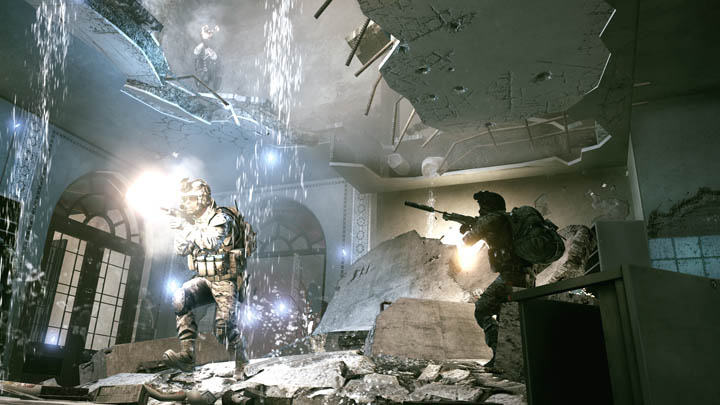 Battlefield 3 is getting ready to see three digital expansions in the coming months.  Announced a short time ago, the Close Quarters, Armored Kill, and End Game packs will arrive between this June and next winter.  DICE has been pretty quiet about the upcoming expansion packs, but has recently pulled back the curtain on the upcoming content.

First up is Battlefield 3: Close Quarters, an expansion of indoor environments, with a focus on “frantic close quarters infantry combat.”, that will arrive in June.

“The HD Destruction in Battlefield 3: Close Quarters lets players riddle the environment with bullets, reducing entire locales to ruin.  Everything from furniture to plaster can be shot to peices, and players can see the result of the mayhem as rubble and broken pieces pile up on the floor.  The tight level design and many opportunities for vertical gameplay create a highly competitive environment.”