DICE to remain Vigilant in Keeping Battlefield 3 at its best 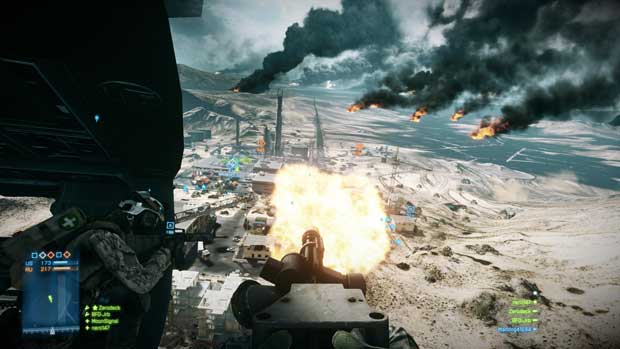 Battlefield 3 has sold a whopping 5 million copies since it launched last week, and DICE is reassuring all 5 million that they won’t rest until some things are remedied.  The developer has listed a few of the components that they are currently working on to ensure that game plays smoothly and continues to do so.

The developer announced today that it is working to implement some fixes for issues that players have been complaining about.  Ranging from PC to Xbox 360, problems with authentication, some minor squad/quick match issues, and some PC cheating have taken center stage in the worldwide launch.  DICE assured us that today, and going forward, the developer will continue to work on the game until it is “100%”.

EA said in a recent statement:  “We are happy to report that PS3 and PC players experienced server stability all weekend, and Xbox 360 servers are at 95 percent and climbing.  There were a number of different factors that impacted server connectivity across the platforms. Regardless of the cause or platform, our Online teams are standing by to identify the issues and addressed them as they arise. We will not rest until we’re at 100 percent… Our Online teams are standing by 24/7, identifying issues and addressing them as they arise. We are gamers, too, and understand how frustrating it is not to be able to play the game without interruption. We appreciate their patience and promise, it will be worth the wait.”