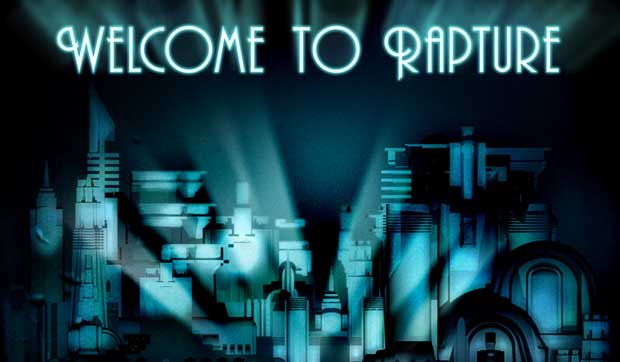 “I am Andrew Ryan and I am here to ask you a question:

Is a man not entitled to the sweat of his brow?

I rejected those answers. Instead, I chose something
different. I chose the impossible. I chose…

These are the words uttered by Objectivist Andrew Ryan and heard by every potential citizen willing to take the desperate plunge into the submerged utopia of Rapture. Originally envisioned as a perfect city unbounded by the increasingly oppressive political, economic, and religious authority on land, Rapture would be available to all those looking for an escape from the restrictions of government, censorship, and scientific moral questioning. Though the history and nature of Rapture was brilliantly characterized in the original Bioshock, when you first arrive to the utopian city it has already suffered from a tragic downfall, and if you’re like me, you always wondered what the city would have looked like in all of its shining glory at the apex of its prosperity. Well, thanks to author John Shirley, Bioshock: Rapture will give you the opportunity to revisit the city under the sea.

Available in retailers today, Bioshock: Rapture will give insight into the development and progression of the city of Rapture, and of course, its subsequent downfall. Shirley is certainly not new to the dystopia/horror genre either, as he currently has over 30 books and 10 collections published, many of which can be attributed to the “cyberpunk” category.

The book is currently on sale in a paperback edition for just $9.60 on Amazon. Now, would you kindly go and pick one up?