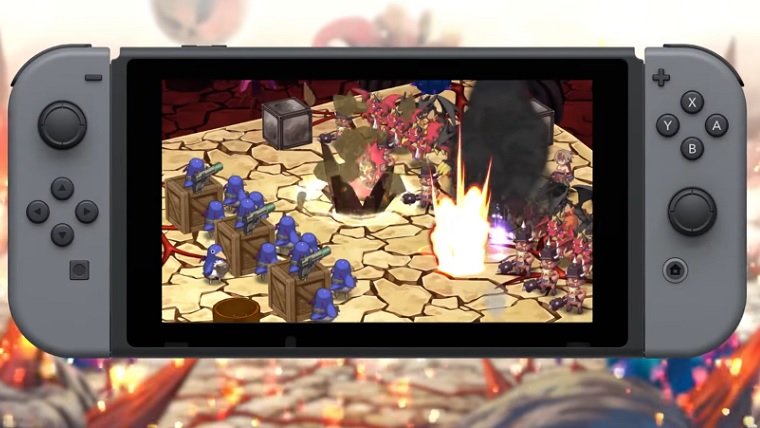 There were a lot of big games that were announced during Nintendo’s official unveiling of the Switch, but there were some smaller games that didn’t get as much (or any) time in the limelight that are also on the way. One such game is none other than NIS America’s Disgaea 5, which will be making its way to Nintendo’s new console this Spring.

This won’t just be the standard version of Disgaea 5 that will be coming to the console, as this new version of the game will be called Disgaea 5 Complete. It comes with all of the original content, but also all 8 of the bonus scenarios and the 3 additional DLC classes. A video clip was also released that shows the game in action, which you can check out for yourself at the bottom of this post.

As for the plot of the game, “Disgaea 5 Complete tells a tale of revenge and rebellion. As a new and terrible Overlord named Void Dark seeks to enslave the countless Netherworlds, one young demon has stood to end his reign—Killia. In Disgaea 5 Complete, lead Killia and his tenacious army of rebels on their dark and dangerous path to vengeance. Filled with more over-the-top action and hilarious writing than ever before, Disgaea 5 Complete’s damage numbers are surely headed for the record books.”

The Disgaea series has also been making its way to PC for the first time, with the first game in the series coming to Steam last year. Disgaea 2 will launch on January 30th on Steam, and is considered the definitive edition as it includes all of the content from Disgaea 2: Cursed Memories (PS2) and Disgaea 2: Dark Hero Days (PSP). Of course, the game has also been tweaked to accommodate mouse and keyboard support, while also featuring 3 new characters that were previously never available in western versions of the game.

Stay tuned as we learn more information on Disgaea 5 Complete, and don’t forget about the announcement trailer below.