The latest news in the world of video games at Attack of the Fanboy
July 30th, 2013 by William Schwartz 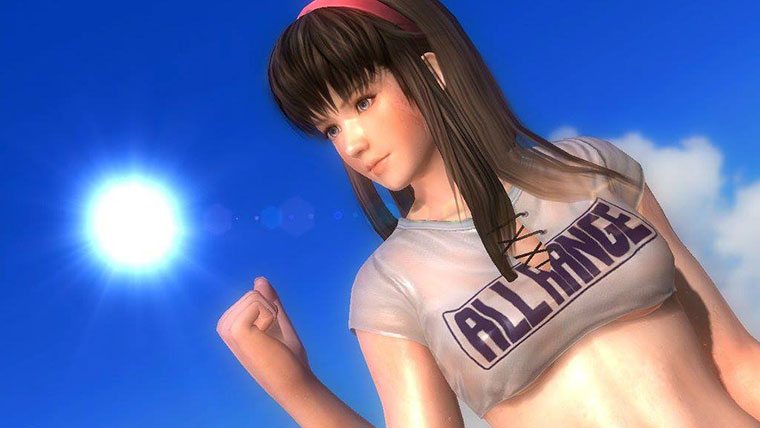 Game developers all seem to be scrambling to create the next and greatest free to play title.  It’s no wonder with some of the top grossing and most popular games coming from the free to play sector.  The success of games like League of Legends, DOTA 2 and World of Tanks are testament to the success of the model.  It’s no surprise then than in the next generation, console manufacturers are embracing this new form of game marketing and actively pursuing free to play titles for their platforms.

FTP is a concept relatively new to the console sector though and many companies are only just now taking their first formative steps into this new world.  Namco recently launched Tekken: Revolution, the FTP model of their incredibly successful fighting franchise.  Dust 514 has proven to be successful and DC Universe Online boasts that around 70% of its more than 10 million player accounts are on the Playstation platform.  More than just cashing in on popular franchises though, free to play offers console developers a chance to re-visit cult titles and spin offs without the huge overhead costs traditionally associated with developing a console title.

“I’ve been hearing that there isn’t much of a demand for the DOAX series at the moment. But if the fans have a strong desire to see it, we’d love to hear those thoughts

It is with this is mind I propose that Tecmo is sitting on one of the most potentially lucrative free to play licenses available, Dead or Alive Xtreme.  A lot of people write this series off as a shallow perve, not worthy of the time to play or develop.  But sit down and try to play it and you will find it’s relationship systems have a hidden level of complexity, and it’s huge array of content would keep any completionist busy for a long time.

When asked about the future of the Xtreme spinoff franchise, head of Team Ninja Yosuke Hayashi had this to say, “I’ve been hearing that there isn’t much of a demand for the DOAX series at the moment. But if the fans have a strong desire to see it, we’d love to hear those thoughts directed to our official Twitter account @TeamNINJAStudio.”

Putting this series as free to play on both next gen consoles makes a great deal of sense.  It’s content squarely targets the consoles key launch demographic of males 15-35.  It’s gameplay is designed around casual, shorter play sessions and the whole concept of the series is to unlock more and more content.

A free to play title is an effective advertising vehicle for their other key franchises as well.  Let’s assume Ninja Gaiden 4 is coming out soon.  Throw a Ninja Gaiden 4 related swimsuit in the game, maybe make a Ninja Gaiden 4 themed beach available to play on.  Make these things available for a limited time and they serve the double purpose of advertising your upcoming title as well as giving your existing DOAX players some rare, limited edition items for their collection, making them far more attached to your product.

So how would it work?  I examine two of the possible options, but there are far more and variations of all the options as well.

Lets start with the traditional free to play model.  This game could launch with an initial roster of 4 – 6 playable characters with around 5 swimsuits available per character.  Coins could be awarded per win against either cpu or online and those coins can be used to unlock more content.  Additional content could be characters, swimsuits, hair designs or mini games.  Maybe include decorative items or upgrades to customise your Zack Island hotel room.  As in most free games Tecmo’s income would come in the form of selling coin packs so people could unlock this content without having to take the time to play hundreds and hundreds of games of Volleyball or whatever minigame is included in the title.

The other, more preferable,  option is to go down a similar path to DOTA2 and include all characters playable from the start, give away costumes at random after games which then need to be traded with other players in order to complete your set.  Random ‘Zack Gifts’ awarded after games, that can only be opened with a key purchased from the Zack store for real money, could contain rare and hard to get outfits or decorations.  This model opens up to creating seasonal items, only available for short periods and allows consumers to see their digital items increase in value once the are no longer attainable through the game anymore.  Your hotel room becomes a place other players can visit to view your collection and offer to trade items with you.

Now I know dedicated DOAX fans will be saying, but the depth of the game is in the trading of swimsuits and breeding a relationship with your partner.  I agree totally. Trying to get Kasumi to accept the Venus is something I am still yet to achieve in the original DOAX.  Well there is no reason that it can’t still be this way.  Should you unlock an outfit it should appear in that characters store only and then have to be traded like normal before other characters can wear it.  Although an enterprising company would offer a ‘guaranteed acceptance’ for the cost of more in game currency.

As time goes on all Tecmo would need to do is release more and more content to generate more and more income.  The salary of a few dedicated artists to design new content would surely be dwarfed by earnings drawn in by people purchasing new content.  You only need to look at the plethora of  DLC available for Dead or Alive 5 to understand that gamers are buying outfits, and for a lot more money that a free to play micro transaction.