Dogmeat And Other Pets Now Available In Fallout Shelter 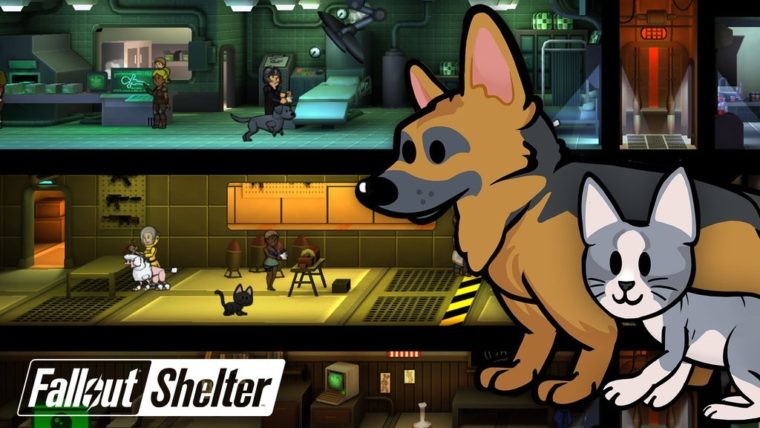 Fallout Shelter has been a smash success for Bethesda and it has received several updates adding new content and gameplay tweaks for free, but today’s update may just be the best one yet. Starting today, Bethesda has revealed that your vault dwellers will be able to have their own pets to keep them company- which of course includes everyone’s favorite German Shepherd Dogmeat.

While the addition of dogs and cats is the biggest part of the latest update for Fallout Shelter, there are several more things that it brings to the table, as well. The update also gives the vault dwellers new flirting tactics, as well as giving yourself the ability to evict members of your vault who aren’t pulling their weight. Smaller tweaks like making the management of your inhabitants easier to do have also been incorporated.

Fallout Shelter is available to download for free via the App Store and Google Play. Previous updates for the game included Thanksgiving and Halloween-themed decorations that are placed around the vault, as well as new attire for your dwellers to get in the spirit of the season. Bethesda has not yet revealed if they will be releasing a Christmas-themed update for the game.