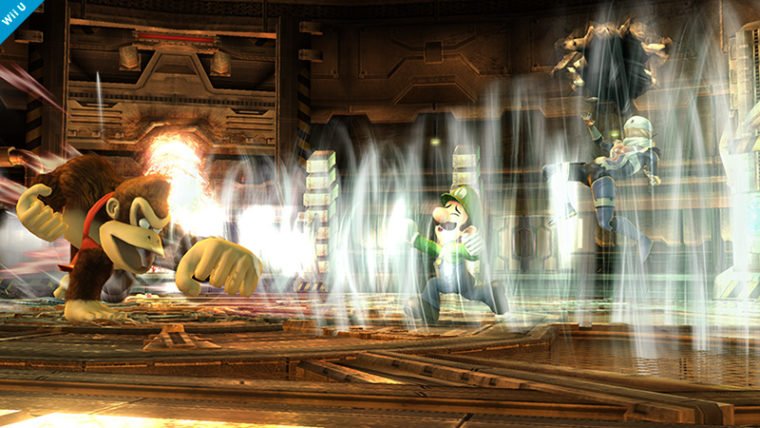 After the crazy amount of news for Super Smash Bros. that we received last week throughout E3, of course we had to see a little lull in content this week, since they can’t show off everything at once. However, the last two days have been pretty solid with two new move announcements for characters, with today’s shedding more light on the customization aspect of the game.

Yesterday, we learned about one of Pac-Man’s special moves, but today we went back to the classics with some information about one of the original fighters, Donkey Kong. Everyone’s favorite gorilla has always packed a punch, but with the new customizable movesets, it sounds like he will be even stronger.

Rather than just one simple caption to go along with the above image, Masahiro Sakurai choose to delve much further into custom moves and how they cannot be used online when playing With Anyone mode.

The upcoming Super Smash Bros. is shaping up to be the most customizable in the series, which hopefully will in turn mean the best, when it releases on Nintendo 3DS on October 3 and this holiday season on Wii U.