DOTA 2 Screens Leak Ahead of Gamescom

The latest news in the world of video games at Attack of the Fanboy
August 14th, 2011 by William Schwartz 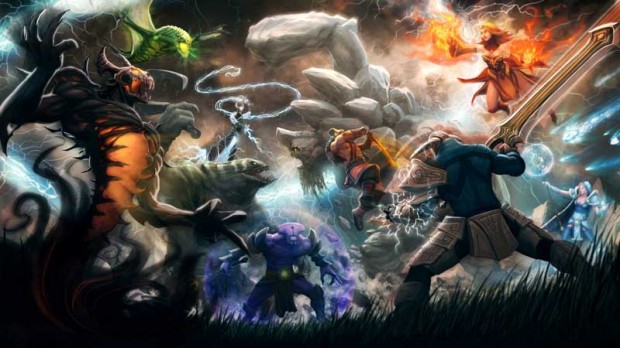 DOTA 2’s big reveal is just around the corner with Gamescom mere hours away, but it appears that a couple of screenshots got out a little early.  The shots of Valve’s strategy game are the first to hit the web after an extended period where little information about the game has been revealed.

At Gamescom, Valve is hosting a tournament for the game where up to $1 million in prizes are up for grabs.  The strategy title which is the direct sequel to Defense of the Ancients, DOTA 2 is getting set for launch later this year.

Have a look at the screenshots and concept art below for a quick glimpse at the Shadowfiend and Doom Bringer characters from the game.