Bioware is serious about getting the Dragon Age series back on track. If recent previews and gameplay shown of the RPG are any indication, the developers are well on their way. By all accounts, Inquisition has a massive world when compared to Dragon Age 2.

What’s more is that the game is taking a page from The Elder Scrolls, where players will encounter new conflicts with Dragons that are said to be “built from the ground up”.

“They are part of the world and… each is designed to be a unique encounter. They fly, breathe fire, smash through the terrain… they’re massive beasts,” said Bioware’s Mike Laidlaw at PAX Prime. 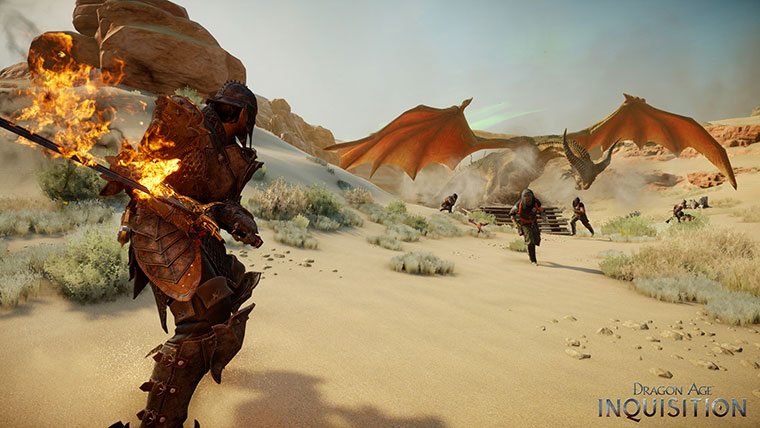 Fans of the PC version of Dragon Age: Origins that enjoyed the more tactical nature of the combat system, will also like to hear that the tactical view option will be returning in Inquisition. This gives players a chance to plan out their attacks in an overhead view, and switch between characters while the game is paused.

Dragon Age: Inquisition is shaping up to be one of the most promising RPG’s for the near future. The game’s due in Fall 2014 on current and next-gen systems, as well as PC.