Dragon Ball Xenoverse Has New Characters And A Release Date

The latest news in the world of video games at Attack of the Fanboy
October 21st, 2014 by Damian Seeto 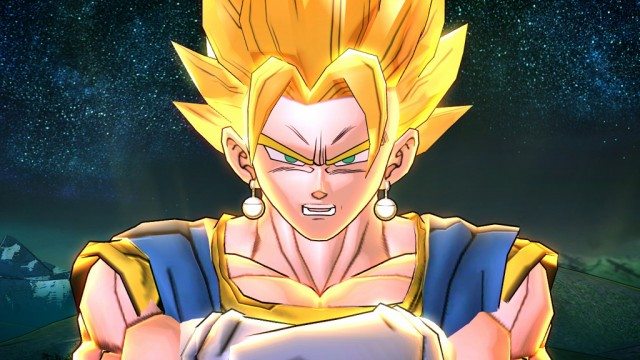 Some new characters have now been confirmed for Dragon Ball Xenoverse as well as an official release date.

Don’t get too excited about Dragon Ball Xenoverse’s release date yet as it’s for Japan only. Still, the game is coming out in Japan on February 5th, 2015. It’s possible Bandai Namco will release the game in other countries around the same time. The game will be available for the PS4, Xbox One, PS3 and Xbox 360 platforms.

The latest issue of V-Jump magazine in Japan also had a huge feature on Dragon Ball Xenoverse this month. The magazine had lots of scans that confirms a few new characters that will be in the final game.

Fans will be happy to know that Vegito, Super Vegito and Super Saiyan 4 Goku will be playable in Dragon Ball Xenoverse. Vegito is the fused character between Goku and Vegeta. Fans will remember this character had to face up against Buu in the anime/manga series. The confirmation of Super Saiyan 4 Goku shows us that Dragon Ball GT will have some sort of presence in the new game.

It hasn’t been confirmed officially how many fighters will be in Dragon Ball Xenoverse yet. It’s rumored the game will have a lot though.