Dragon Mounts in Skyrim suggested by files in new update 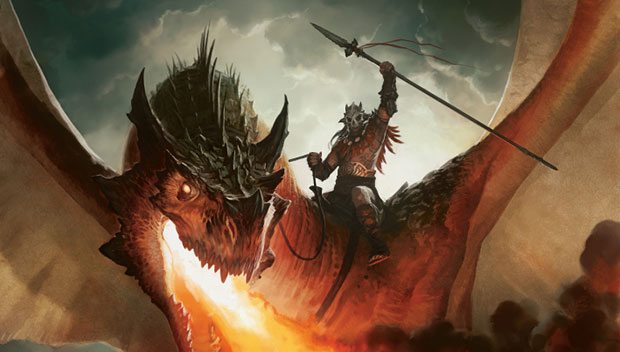 A new update for Elder Scrolls V: Skyrim suggests that dragon mounts may be arriving as DLC in the near future. The update’s files have been poured over by PC players, and what they’ve found are the possibility of dragon mounted combat, and a return to Morrowind.

Bethesda hasn’t yet announced any plans for future DLC at this point, but the files in the update have the unmistakable signs of new features for the DLC that is likely to be called “The Dragonborn” Expansion. Numerous animation files list “Dragon Mounted” as a new combat feature, locations that are found in Morrowind, and new armor types.

Bethesda trademarked “Dragonborn” for use in downloadable games software earlier this year, so this could very well be the next content on the way for TESV fans. If true, we’ll likely hear more about this next expansion for Skyrim in the coming days or weeks ahead.