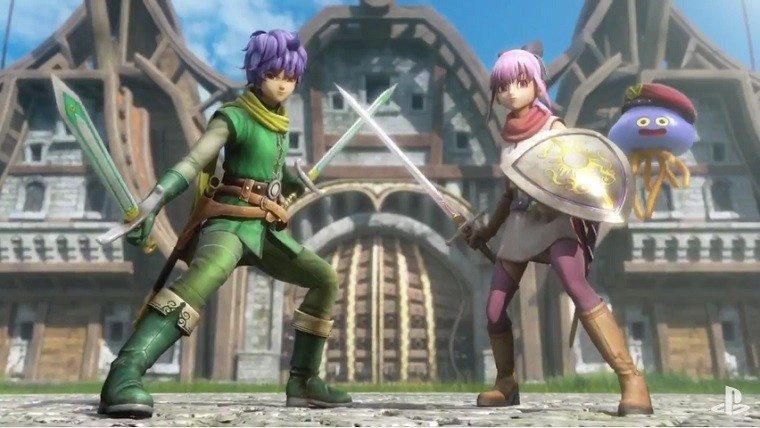 We had been waiting on the announcement regarding when (and if) Dragon Quest Heroes 2 would be getting a release outside of Japan, and today we can report that it will. Square Enix has announced that the game will be launching April 25th, 2017 for PlayStation 4, and the game will include several enhancements and new features that the first game did not. The game also received an announcement trailer, which you can check out for yourself at the bottom of this post.

Those who played the first game will be familiar with its action-heavy gameplay that has you taking on hordes of enemies at once, though this game will be set in a brand new world and will star different characters. This game will also include a new multiplayer feature that will allow you to form a party of up to four other players online and battle together.

As for what the story is this time around, “Once upon a time, many years ago, there was a long and terrible war. When the war finally ended, the people of the world made a solemn pact never to fight again. The world was divided into seven realms and peace reigned for a thousand years.”

“One day, cousins and fellow knights-in-training Lazarel and Teresa reunite in the Kingdom of Harba, far from their Dunisian home. Little do they suspect that the Dunisian army is about to invade, with their old friend Prince Cesar at the helm.” Of course, the long-standing peace is broken and the world descends into chaos, resulting in our heroes having to fight back evil and restore peace to the world.

Dragon Quest Heroes 2 will launch for PlayStation 4 on April 25th, 2017, though they have confirmed that the PlayStation Vita version will not be localized. You can check out the game’s announcement trailer below.