The latest news in the world of video games at Attack of the Fanboy
March 2nd, 2017 by Jose Belmonte 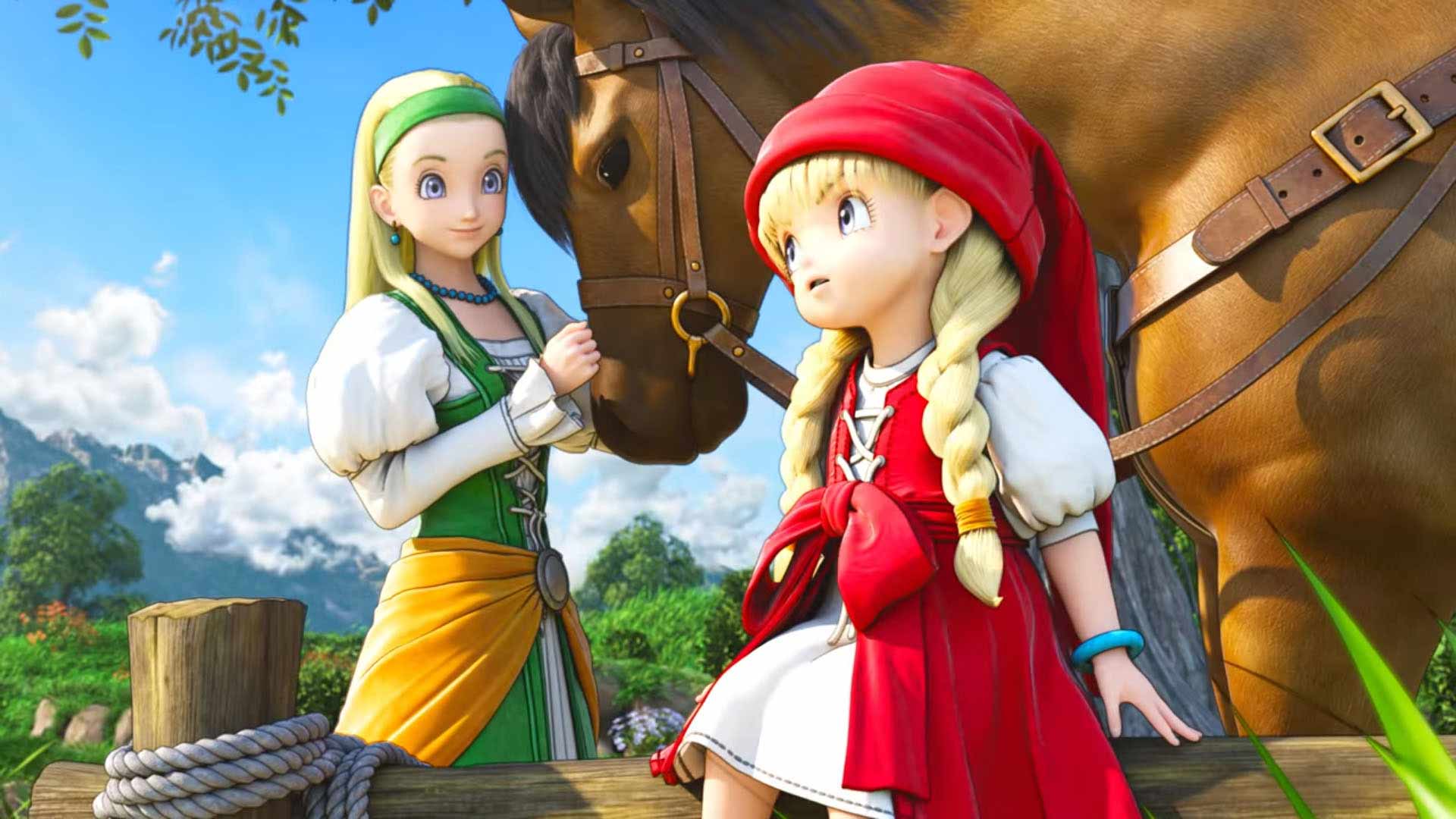 Japanese magazine Weekly Jump dedicates a couple of pages in its latest issue to reveal a bit more of information about the upcoming Dragon Quest XI, including the presentation of two new characters and some details on the story at the beginning of the game.

The characters revealed on the first page are two girls who can make use of magic. Veronica is a little girl dressed in red clothes, but don’t let her stature fool you, as she can unleash powerful attacking spells. One of her quotes in the game is “Don’t treat me like a child!” which really says a lot about her.

The other lady that we get to know is Senya, a young girl dressed in green who takes the role of healer and is supposed to have a “relaxing presence.” The artwork portrays her with a harp in her hand, which is likely to be her choice of weapon in battles.

We were actually able to spot Veronica and Senya a couple of months ago when Square Enix revealed the opening movie of the game in the last Jump Festa, though it’s nice to have some background information about them now.

The other new bit of information given by the magazine in the second page is a description of the beginning of the game. Apparently our protagonist will found out at the age of 16 that he is the reincarnation of a legendary hero of the past. After this revelation he leaves his hometown in order to discover more about this.

His trip will take him to the kingdom of Delcadar, which is the city that we have seen in some of the videos showed by Square Enix. The King of that place is supposed to have some connection with the hero’s past life, but when the character asks him for more information, the King will throw his guard at him, saying that he is “the child of the devil.” Chased by soldiers and monsters, our hero runs from the city, starting with the adventure.

Dragon Quest XI: In Search of Departed Time will release this year for PlayStation 4, Nintendo 3DS and Nintendo Switch.