The latest news in the world of video games at Attack of the Fanboy
March 13th, 2015 by Kyle Hanson 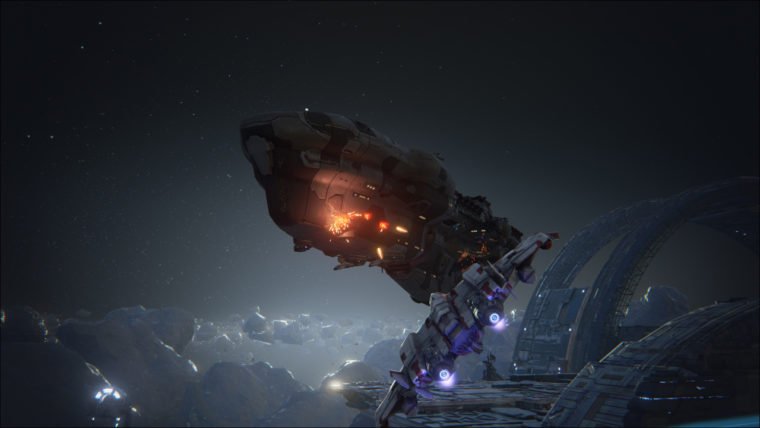 If you couldn’t tell from my previous article on the topic, Dreadnought was one of my favorite games at PAX South 2015. So, when I heard that they would be showing off a new game mode at PAX Easy 2015 I decided to stop by and check it out. Team Elimination is a pretty vast departure from the Team Deathmatch that we had seen of this game before. You can hear all about it in the interview below, and keep reading to get my impressions.

Team Elimination is sort of the Counter-Strike version of Dreadnought. You only get one life, if you die then you’re not just gonna respawn in the same ship like you would in Deathmatch. However, this isn’t Counter-Strike and the developers at Yaeger know it. The issue that they found with a standard one life mode is that players would get bored between spawns.

The solution they came upon was to have dead players lose the ability to use one of the capital ships that give the game its name. Instead, they will respawn as a fighter jet pilot, flyinga much smaller and less capable ship. This gives them something to do as they wait for the next round to begin, but it also allows for some interesting team dynamics.

The fighter jets are much smaller, but much faster than the large capital ships. They deal very little damage, essentially being useless against the larger ships if they are alone. But, in a group, or working with a still surviving capital ship they can deal just enough damage to swing the tide of battle. Just in the few matches that I played at PAX East I was able to see these strategies take shape. 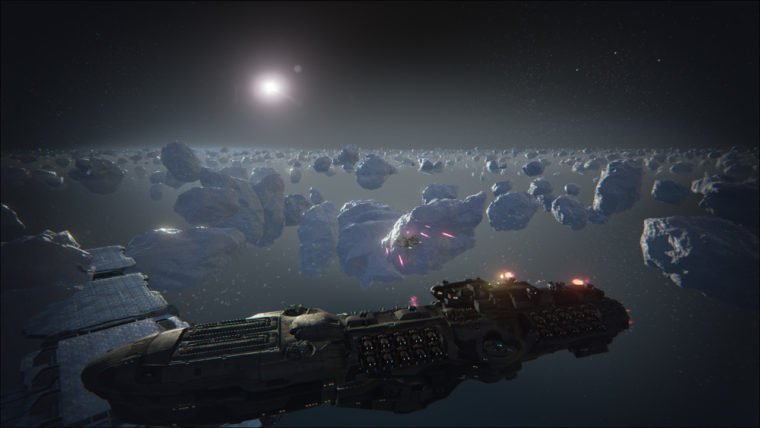 After losing my Dreadnought and spawning in a fighter jet, I began searching around for already injured enemy ships. Once I picked my target I could tag it for others to focus on. At many points we even flew in a sort of formation, taking on a single ship together. Since we were so small and fast it was almost impossible for the larger enemy to hit us, but together we could do a bit of damage that allowed our other ships to finish him off.

Still, even though we were able to turn a few fights to our favor, the majority of my time in a fighter jet was spent just trying to stay alive. They are extraordinarily weak, which is exactly how it should be. This made it so that later rounds had me trying to stay alive much more fervently. I didn’t want to lose my sniper ship, or dreadnought, so I would play more tactically, avoiding off-sided encounters, and trying to sneak around the level.

Adding the fighter jets changes the gameplay of Dreadnought quite a bit actually. First off, it allows for a better sense of scale. The point of Dreadnought is that it features massive spaceships, but without a smaller ship to compare it to, it sort of felt like they just took regular ships and slowed them down. Now, as you fly your tiny, insignificant jet around these behemoths, you get an idea of just how powerful and large they are, and how weak and useless you are in comparison. 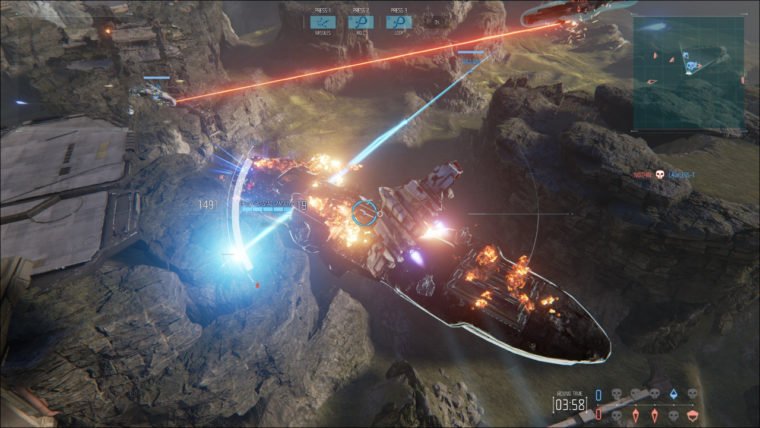 Controlling the fighter jets is also a big alteration. This is all subject to change, but for now they are always moving forward, and cannot hit other objects. This makes it so you have to remain ever vigilant, watching for debris and dodging when necessary. You still have a single power weapon, my model featured a lock-on missile for example, but the other hotkeys are swapped for maneuvers, like an aileron roll, or a loop. This emphasizes the mobility of these smaller ships, while highlighting the lack of it for the more powerful capitals.

The core of Dreadnought is still the same great game we tried out at PAX South 2015, and adding Team Elimination only seems to amplify the fun. Once players tire of duking it out with each other in Team Deathmatch, they will have this mode ready to try out.

Dreadnought will be free to play and is targeting a 2015 release on PC, but other platforms are being discussed.