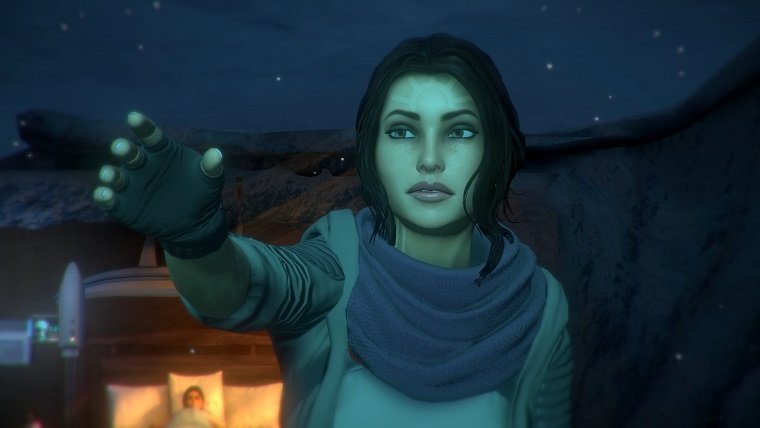 Dreamfall Chapters had been getting an episodic release since 2014 on PC, but now the whole experience has finally arrived for console players to check out. The game is out now on PlayStation 4 and Xbox One, with the release being accompanied by a launch trailer that you can check out at the bottom of this post.

The game is split into 5 different episodes, with the game largely comprising of exploration, puzzle solving and character interactions. The game was actually crowd funded through Kickstarter, with the game’s campaign raising an impressive $1.5 million in the process. Additional funding came from the Norwegian Film Institute, and Deep Silver is handling the release of the console versions.

Players control characters from an over-the-shoulder perspective as they navigate through many different environments. The gameplay largely comprises of the player interacting with the environment in search of clues or for puzzle solving, as well as talking with characters. Despite the game featuring a linear plot, the player’s actions do have an impact on the events that happen later on in the game. The ending can’t be changed, however.

The choices that the player makes are tracked by the game, with an online social feature telling players what other players decided to do in the same situation. It’s a feature that has become more popular in these types of games in recent years, but nevertheless adds an interesting element to the game. However, those who aren’t into that feature don’t have to utilize it at all if they don’t want to.

Dreamfall Chapters is available on PlayStation 4 and Xbox One for $29.99. Be sure to check out the game’s launch trailer below. Despite initially set to only be the conclusion of “the Dreamer Cycle” segment of the series, things changed during development and the final chapter was presented as the conclusion to the entire series.