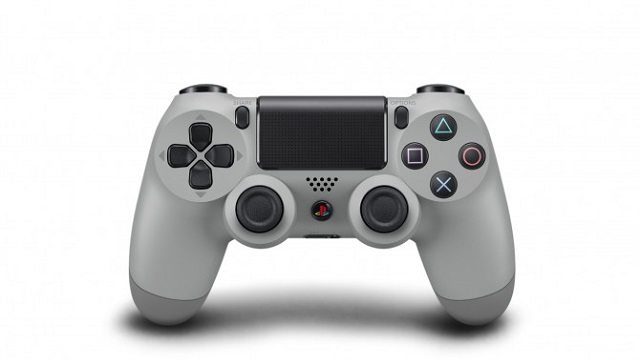 Sony announced after its E3 2015 presentation that new DUALSHOCK 4 controllers will be out later this year. They will be PSOne colored.

The new DUALSHOCK 4 controllers is the same grey color that the PSOne used. You may have seen them before with the 20th Anniversary PS4 console last year.

There is no release date for the grey DUALSHOCK 4 controllers yet. Sony noted they will be available this September in North America, Europe and Asia.

The DUALSHOCK 4 controllers aren’t the only PS4 device getting the PSOne treatment. The official Sony headset will get the PSOne colors too.

The DUALSHOCK 4 controller will be priced in North America at $65. The headset will set you back $99. Both items can be purchased as standalone goods.

This is good news for fans that missed out on the PSOne style PS4 console that was out last year. Those babies sold out in minutes and people could only get them online at eBay.

Come to think of it, there was no price drop for either PS4 and Xbox One this year too. Maybe a price drop will occur next year maybe…