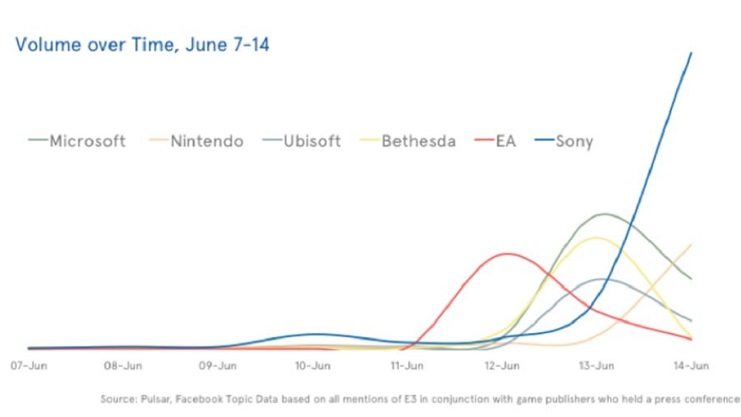 E3 2016’s press conferences are now over and many people can debate who “won”. According to data collected from Facebook, Sony was the most talked about press conference all week long.

As reported by Venture Beat, Facebook teamed up with Pulsar to track how many people had been talking about specific game publishers during E3 week. Things obviously took off on the days of the actual press conferences.

Surprisingly, Facebook’s data said that the most talked about video game of E3 2016 was The Elder Scrolls: Legends. Coming in second was Sony’s God of War reboot and then third was Titanfall 2. Males were mostly talking about E3 with over 72% of the conversations coming from them. There was also an “equal age group split between 18-24 and 25-34 year-olds“.