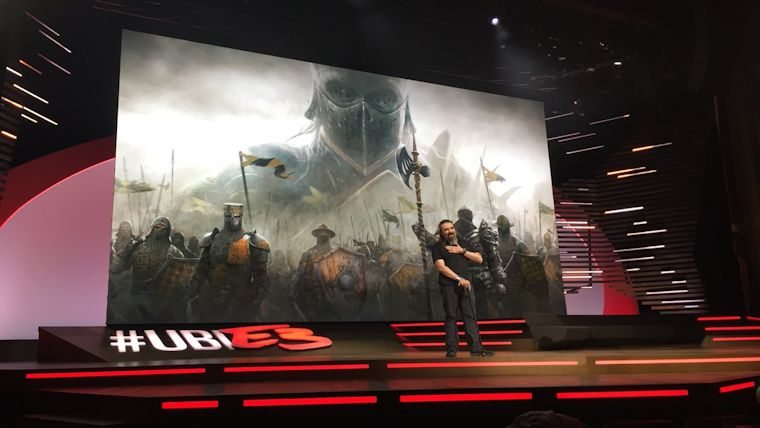 For Honor was first unveiled during Ubisoft’s E3 conference last year to much praise for its Bushido Blade like gameplay in the duels, which has had people anxious for more. Considering this got a big push last year, we knew this would get a solid showing this year and that it is.

For Honor looks just as good as before with even more footage of the excellent hack and slash medieval game from Ubisoft Montreal.

What makes this game even more special is just how you can find samurai, vikings, and typical medieval knights in one game with what they are calling the greatest warriors to ever be known.

For the E3 presentation, they chose to focus on the Vikings campaign that we will be able to play in the game, which looks incredibly brutal and true to life. In this demo we see man of the aspects you would want to see from that campaign, including fighting hordes of enemies, as well as stronger boss like one-on-one battles.

The below gameplay demo also reveals at the end that For Honor will be coming to PS4, Xbox One, and PC on February 14, 2017, so we won’t have to wait too overly long to get our hands on this one.