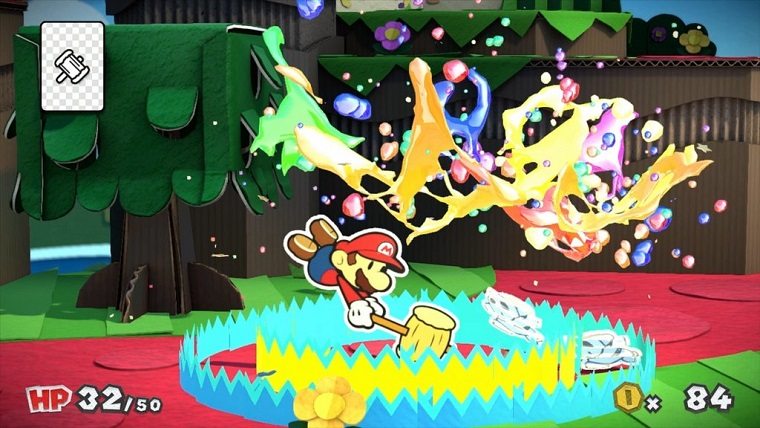 Some games outside of the mainline of Mario series have been getting announced today, with Mario Party: Star Rush coming to the 3DS later this year. However, we also learned the release date for the highly-anticipated Paper Mario: Color Splash for Wii U, which is set to launch on October 7th.

The game was announced earlier this year, and it takes you on an adventure through an island that has been drained of its color. It’s up to Mario to drive out the evil and return the color back to the land, which will be doable with the help of his new paint hammer.

While more information on Color Splash is expected to be coming soon, we do know that it is inspired a bit by what was done in the 3DS’ Sticker Star. Battles work via cards that need to be painted in order for you to use them, with colors being needed in order to paint them.

Paper Mario: Color Splash will launch exclusively for the Wii U on October 7th, and you can check out the game’s announcement trailer below.