The latest news in the world of video games at Attack of the Fanboy
January 22nd, 2017 by Dean James 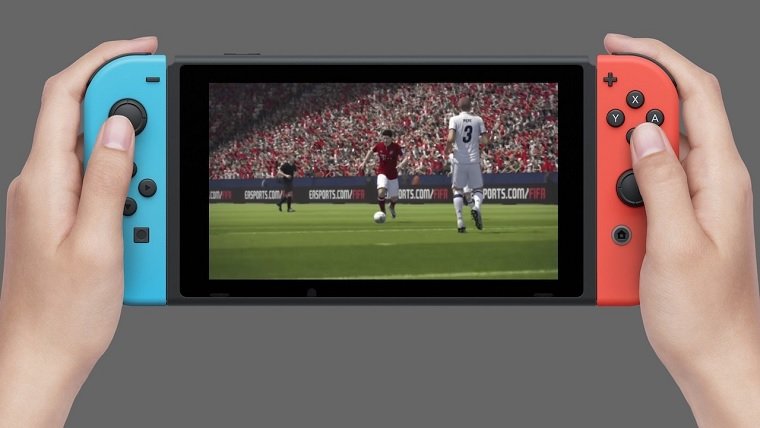 Nintendo has consistently struggled to get strong third party support for its consoles really since the Nintendo 64. This really came to a head during the Wii U, where there were droughts with hardly any game releases. Nintendo is hoping to turn their fortunes around with third party support on the Nintendo Switch and EA is saying they are doing so by listening.

The Nintendo Switch has definitely been a rather polarizing topic since its grand reveal a couple weeks ago, largely due to the lack of games shown at launch. During the presentation however, EA revealed that they were bringing FIFA to the system, and it sounds like they could potentially bring more.

In an interview with Famitsu, which has been translated by Nintendo Everything, EA executive vice president Patrick Soderlund spoke about EA and third party support in general for the Nintendo Switch, in which he said the following:

“I only spoke about FIFA today, but our company’s structure lets us release all sorts of games for every platform, so we’ll go wherever the gamers go. I think Nintendo Switch will put Nintendo at the forefront of the game industry once again. Their approach is quite different from anything they’ve done in the past – they’ve listened to EA, Activision, and other companies since the beginning of the Switch’s development, so we’ve been involved throughout the whole process. They teamed up with us because they wanted to guarantee the console would be successful. Doing business with Nintendo is very important for us… We’d like to bring more and more games over for everyone.”

This is definitely good news to hear, but it also still sounds like a case of EA giving more support to the system if the system sells well, as he stated they will go “wherever the gamers go.” However, EA sounds very hopeful that the Switch will be a success so that they can bring more games to the platform.