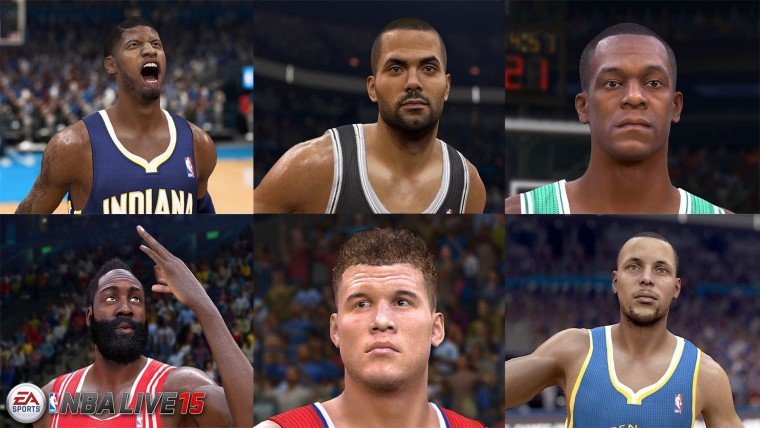 When EA Sports released NBA Live 14 last year, many people were appalled by it. EA Sports is hoping NBA Live 15 will deliver a much better experience for gamers.

NBA Live 15 Executive Producer Sean O’Brien took part in a Q&A session about the game on EA’s official website. Fans were able to ask him just about anything they wanted to know about the game.

One person asked O’Brien if NBA Live 15 will still have plastic-looking character models like those seen in NBA Live 14. This is one of the many things people criticized about last year’s game. O’Brien said NBA Live 15 “has new lighting and scanning allows us to really show the details of these players to push the likeness”. The screenshot shown above shows how vastly improved the graphics are in this game.

O’Brien also added the scanned “70 percent of the league” and they plan on scanning some of the rookies too during the Summer. Scanning players’ bodies and facials also means the game will look more realistic graphically compared to last year’s poor effort.

In terms of gameplay, NBA Live 15 will have a “completely different gameplay experience with great control” and the animation has been vastly improved as well. EA Sports has listened to feedback to make sure this game doesn’t end up as bad as NBA Live 14.

NBA Live 15 comes out October 7th for the PS4 and Xbox One. Ironically, this is the same release date 2K Sports has set for NBA 2K15 too.