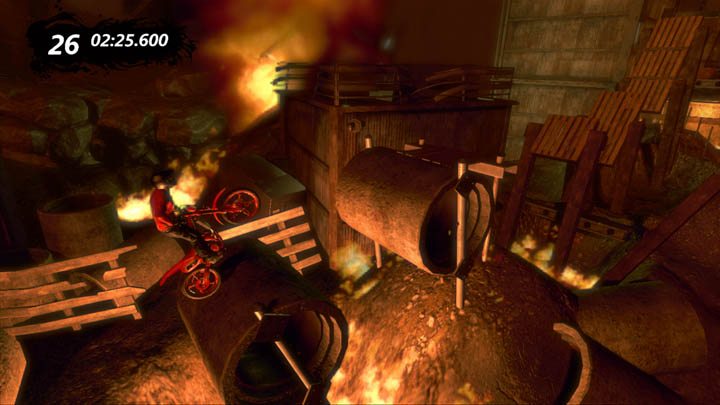 Early reviews have begun to sneak in prior to the Xbox Live Arcade release of Trials Evolution.  Red Lynx looks to have bottled the physics based fun, yet again, in the sequel.  A smattering of review scores have been largely positive for the downloadable title, making it yet another piece of Arcade goodness that’s a must buy.

Kicking off Microsoft’s “Arcade Next” promotion, Trials Evolution will be followed by three other downloadables, including Mojang’s Minecraft Xbox 360 Edition on May 9th.

Official Xbox Magazine – 95 – Adding up the gorgeous visuals, extra coats of polish, replayability, multiplayer, track editor, and core gameplay that is both artfully scientific and scientifically artful, we’d say Trials Evolution is as close to a perfect download as we’re ever likely to get.

Metro – 90 – A masterpiece in physics-based destruction and one of the most entertaining ways to fall out with friends ever devised.

IGN – 90 – Trials has cleverly adapted to its environment and become even more of an everyman’s game. It’s still incredibly challenging, but the hill to the hardest levels is less steep.

Eurogamer – 90 – It offers simple, one-player gameplay that uses leaderboards to provoke excitement and competition among strangers, and in this sense it has a lot in common with the original Xbox Live Arcade games. The way that it makes its challenging content accessible to a majority of players, however, is what singles it out as one of the best.

Edge Magazine – 90 – The ambitious, exacting craftsmanship of Evolution goes a long way to ensuring that every person who gives the game a proper chance will be seduced into becoming precisely such a fan.