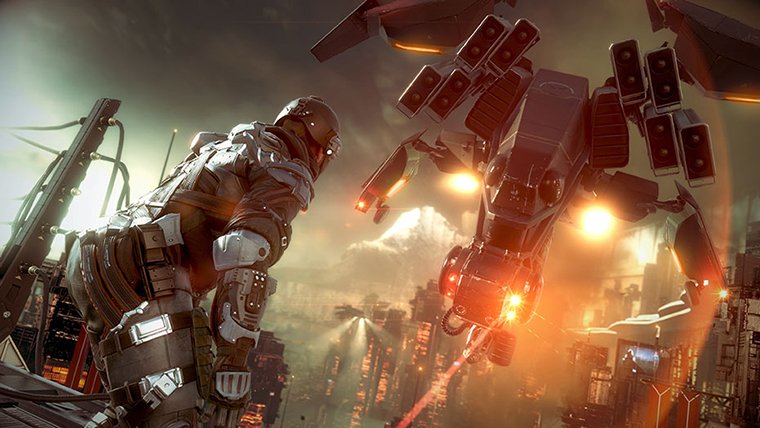 I was lucky enough to get some hands on time with Killzone Shadow Fall at the Sony Playstation 4 booth at the EB Expo. While in a lot of ways this next entry in the series from Guerilla Games is the same as all the rest, it has improved in the most important places to make Killzone Shadow Fall a proper competitor in the FPS arena where it has always played second fiddle to Call of Duty and Battlefield.

Killzone Shadow Fall shows off the best aspects of the PS4, and the first thing you notice as the game begins is the impossibly smooth and high framerate in comparison to the plodding 30 frames of Killzone’s current-generation brethren. Lavish visual effects which are the trademark of the series are still very prominent and make Killzone Shadow Fall a great showcase game and solid exclusive shooter for Sony’s upcoming PlayStation 4 console.

The level demoed featured a multiplayer warzone game on a dark and rainy night in bombed out trenches and tunnels which looked breathtaking in motion. Rain effects were luscious and constant, the texture resolution was great in contrast to previous entries and lighting used for a great visual result.

Like any first person shooter on display the most unfortunate aspect was the small array of guns, classes and abilities available to test, although this year the focus is on next-gen graphics more than anything else.

Killzone Shadow Fall is shaping up to be the most accomplished game in the series and corrects the problems of previous entries which were perhaps a little too graphically ambitious for the last generation of consoles.