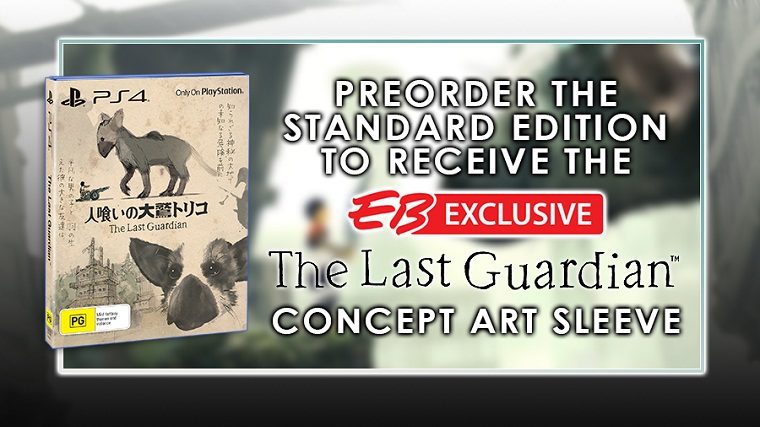 EB Games Australia has announced an exclusive pre-order bonus that they are offering for PS4 exclusive The Last Guardian. It is something that will please fans of the game.

EB Games Australia announced the pre-order exclusive on their own official Facebook page.  As you can see from the image provided above, if you pre-order The Last Guardian on PS4 you get the exclusive concept art sleeve.

If you want to buy the game from EB Games Australia, you can do so now by clicking here. Bear in mind, this offer is only valid to the standard edition of the game. The concept sleeve is not included in the Collector’s Edition of the game.

This offer is only available for a limited time and while stocks last. If you are keen to get the sleeve, you might want to pre-order the game as soon as possible at EB Games to avoid missing out.

The Last Guardian will be out this December exclusively for the PS4 console. The game is finally coming out after getting delayed several times. It was revealed back in 2009 and was supposed to be out for the PS3 console. After laying dormant for many years, the game was revived.