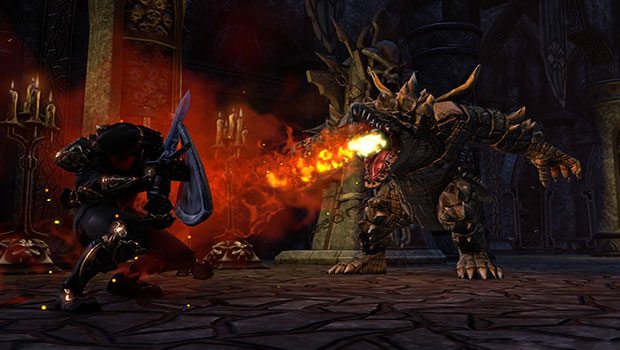 After much speculation, the news is out. The Elder Scrolls Online, a MMO developed by ZeniMax Online, is subscription-based, according to Matt Firor, general manager, in an interview with Gamestar. According to Firor, “We’ll talk about further discounts, etc. later, but for now, we are very happy to finally announce our model. It’s very simple — you pay once per month after the first 30 days and the entire game is available to you.”

Firor also explained why ZeniMax went with a subscription instead of a variant of Free-to-Play, saying, “”We’re building a game with the freedom to play — alone or with your friends — as much as you want. A game with meaningful and consistent content — one packed with hundreds of hours of gameplay that can be experienced right away and one that will be supported with premium customer support. Charging a flat monthly fee means that we will offer players the game we set out to make, and the one that fans want to play. Going with any other model meant that we would have to make sacrifices and changes we weren’t willing to make. The Elder Scrolls games are all about allowing the player to go where they want, be who they want, and do what they want. We feel that putting pay gates between the player and content at any point in-game ruins that feeling of freedom, and just having one small monthly fee for 100 percent access to the game fits the IP and the game much better than a system where you have to pay for features and access as you play .”

Firor also added, “Plus, players will appreciate not having to worry about being “monetized” in the middle of playing the game, which is definitely a problem that is cropping up more and more in online gaming these days. The fact that the word “monetized” exists points to the heart of the issue for us: We don’t want the player to worry about which parts of the game to pay for – with our system, they get it all.”

The game will give you 30 days to play to your hearts content, and then charge you $14.99/month. Firor also said that Elder Scrolls Online will support game time cards “as well as other payment options.” The game will be released on PC, along with the Xbox One and Play Station 4.