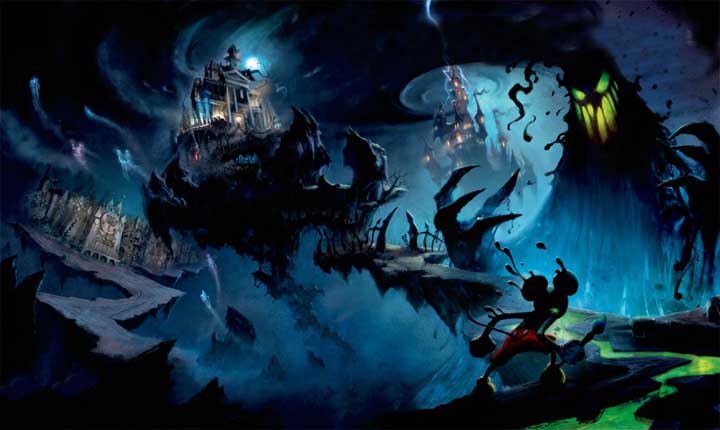 A recent Disney newsletter points to a sequel for 2010’s Epic Mickey. The sequel to the Nintendo Wii exclusive is said to be heading out all platforms this time around, taking Mickey on a multi-platform journey. The newsletter also points to a cooperative mode in the sequel, one where players work with the tag team of Mickey and Oswald the Lucky Rabbit.

Mickey’s magical paintbrush will return, but your counterpart will have the ability to fly a helicopter and use electricity to fend off enemies. The game is said to feature a slew of Disney’s “forgotten characters”.

Epic Mickey was a pretty game on the non-HD Nintendo Wii, and a high resolution version is something that could have made the first even better. The newsletter didn’t say when to expect Epic Mickey 2, but be on the lookout for a release date announcement when more details arrive.