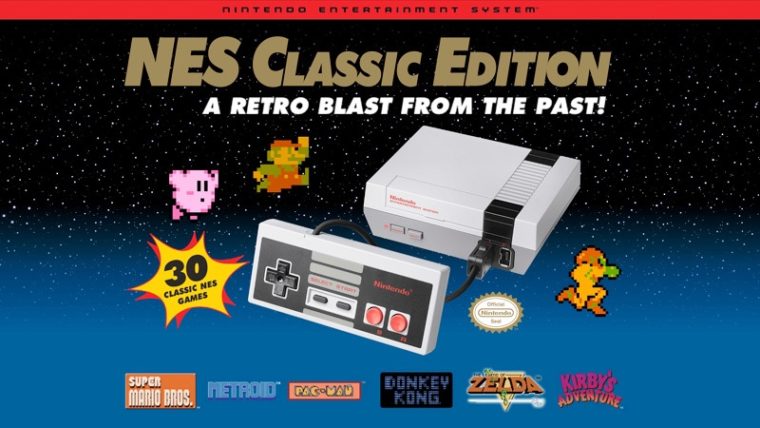 Nintendo may have failed with the Wii U, but they have proven that they still know how to drum up demand for their products, as previously seen with the once near impossible to find amiibo. Their latest product is the NES Classic Edition and most everybody is disappointed by the lack of stock at launch, including even their competitors.

The NES Classic Edition, a mini version of the classic NES that holds 30 games and can plug directly into your TV via HDMI, launched last Friday in the US. The few places that held pre-orders prior to release had sold out in minutes and most stores’ stock was reserved by people in line before opening on Friday as well. Amazon put them up on Friday for those that wanted to order, but like many amiibo before, many people never even saw an “Add to Cart” button before they were sold out.

This is definitely setting itself up to be one of the big commodities this holiday season that people will be searching for, including those that work with Xbox. Microsoft Studios Publishing GM Shannon Loftis took to Twitter this weekend to express her disappointment in the stock.

“irrationally angry at not being able to get the NES Classic. Come on, Nintendo. Why would you short-bake these??”

343 Industries studio head Dan Ayoub also responded to this to say he was refreshing Amazon like crazy to get one as well, though he didn’t reveal if he managed to snag one.

This is not in any way a case of Xbox representatives trying to start something with Nintendo, but rather just one expressing their disappointment like many fans. Regardless, this just shows how excited people are for this item and makes it very possible we could see follow-ups in the Nintendo Classics line moving forward.