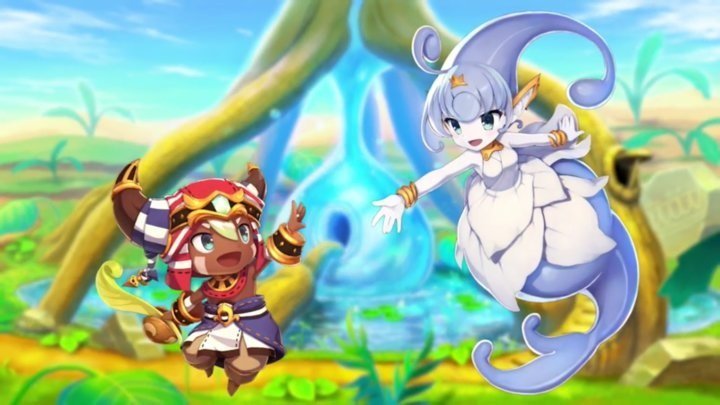 The demo version of Ever Oasis is now available on the 3DS eShop for anyone looking to take a swing at the game before it arrives next week on June 23.

Announced last year during E3 2016, Ever Oasis drew the attention of the crowd with its interesting concept and colorful design. Controlling an entity known as a Seedling, players are tasked with defending the last standing oasis in the desert and helping it flourish with the help of a Water Spirit named Esna. Not only is improving your oasis one of the core functions of this game, it’s also directly beneficial for you: not only will characters come to the Oasis and help grow your tribe, but you also receive magical protection from it which further boosts your maximum health.

Aside from improving your oasis and growing your tribe, the game features plenty of traditional rpg elements such as party members and dungeons. There are several party members you can obtain, all of whom have their own unique weapons and playstyle. In addition, you can switch between them freely in the middle of battle. Many of the battles players will deal with will take place in dungeons; and among them are a special type referred to as Hieroglyph Dungeons, which are of particular interest because they are randomly generated. Depending on the three stone slabs players place at the entrance of the dungeons, certain attributes such as its layout will change.

Overall, the game is very reminiscent of the Rune Factory series for the 3DS and will be assuredly handled well due to it being produced and directed by Mana series creator Koichi Ishii. So if any of that interests you then drop by the 3DS eShop and check it out — its free after all.

Here is the Ever Oasis E3 2017 trailer to help you get a feel for what the game is about: