The latest news in the world of video games at Attack of the Fanboy
July 20th, 2015 by William Schwartz 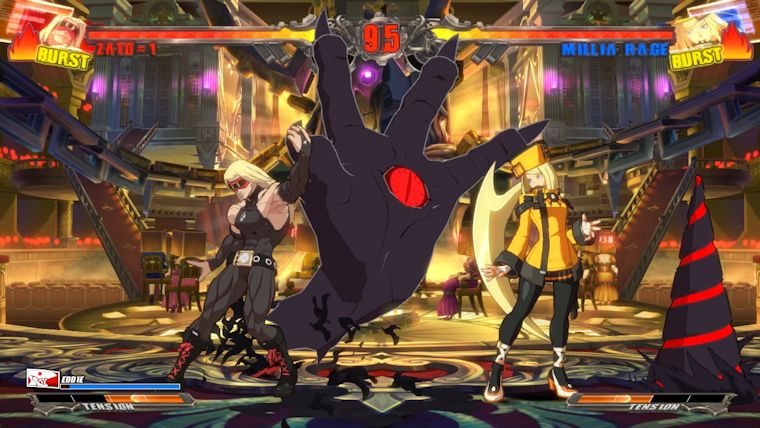 Don’t count your chickens before they hatch. It’s an all too common phrase, but one that’s clearly absent from the literary repertoire of Guilty Gear Xrd player, Woshige.  The EVO Championship Series is one of the highlights of the e-sports calendar, with fans from around the world tuning in to watch competitors battle across gaming’s most beloved fighters; from Tekken to Mortal Kombat to Street Fighter – it’s all here.

He was victorious…or so he thought.

At this year’s EVO 2015, in a tightly contested semi-final bout, the unbelievable happened. Competing in Guilty Gear Xrd, Woshige, playing as Millia, bests his opponent Ogawa, playing as Zato-1, and launches out of his chair with his arms aloft and a beaming smile across his face. He was victorious…or so he thought.

Unfortunately for Woshige, his victory equaled the match at one round each, with the deciding round still left to play. Ogawa, seemingly astounded at his opponent’s reaction, seized on Woshige’s misfortune and coasted to a comfortable victory. Woshige sinks desperately into his chair as Ogawa celebrates, leaving the commentators, and every spectator in the room, at a loss.

Ogawa went on to eventually win the tournament, with Woshige having to settle for third place.