The latest news in the world of video games at Attack of the Fanboy
February 20th, 2015 by Kyle Hanson 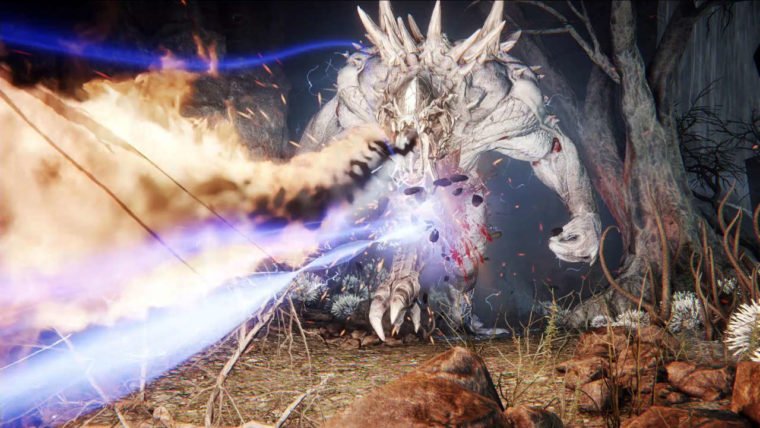 2K Games and Turtle Rock Studios have released an infographic detailing the first week of play in their new game Evolve. Millions of players have played the game, resulting is ome impressive stats. Also interesting to note is how well balanced the game is, with the asymmetrical nature of the game being totally accounted for so far. Some highlights of the stats are below, and you can check out the full infographic on the next page.

That last stat is especially important, as I said before. The four versus one nature of the game already meant that balance would be difficult, and yet key to the game’s structure and longevity. Add in the multiple versions of the Monster and Hunters and balance becomes nearly impossible. With this near even split we see that Turtle Rock has done an admirable job keeping the game fair between the two groups of combatants.

This can easily change though as the developer adds in additional features through DLC. Also, players can learn tricks that make their team win more often. The true test of Evolve will be how balanced it is once players have a lot more experience with their favorite characters.

Evolve is available now on PS4, Xbox One, and PC.