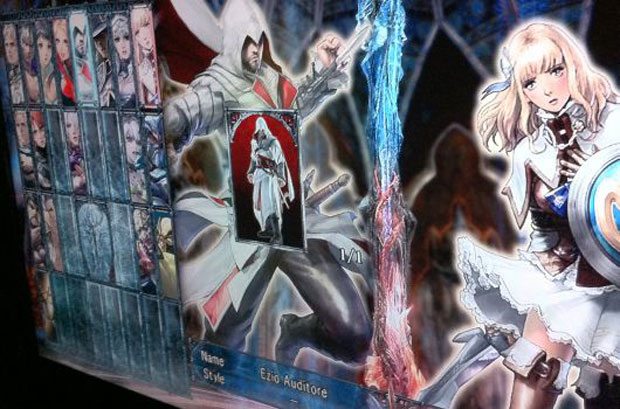 An anonymous informant recently leaked what appears to be Ezio Auditore in the character selection screen for Soul Calibur 5.  This beta version of the game was allegedly shown off at a recent tournament, and apparently just long enough for this leaker to snap a photo of the young Assassin’s Creed protagonist.

Soul Calibur 5 is due out in March of next year, but  Namco Bandai has not issued a statement on whether or not this is indeed a real screencap of the fighter.  Ezio would be a great addition to any fighting game, but Soul Calibur seems to fit well considering the wealth of weapons that Ezio is capable of using.

Look for more details on whether or not Ubisoft and Namco have struck a deal to incorporate the Assassin in their next fighter.