The latest news in the world of video games at Attack of the Fanboy
July 10th, 2015 by Kyle Hanson 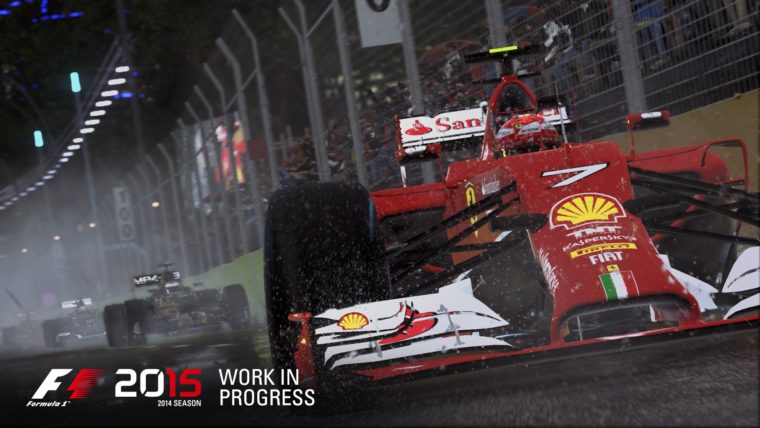 It seems that 2015 will be remembered as the year of the terrible PC port, as yet another game has been launched in a poor state on the platform. F1 2015 launched today on PS4, Xbox One, and PC. Users almost immediately began reporting issues on all platforms, but the PC seems to have had the worst of it.

All systems have had some launch day online issues, as has become the norm as of late. However, on PC there seem to be far too many bugs and glitches, including features missing that were in previous games. Control settings, including using racing wheels and pedals, framerate problems, crashes, and much more have all been reported on PC.

A thread was started on the Steam forums to track all of the issues and warn users away from the currently broken port. There seems to be no end to the complaints, ranging from graphics, to settings, to general feature support.

On Reddit the Community Manager for Codemasters stepped forward to comment, saying “Hey everyone, just wanted to hop in and say we’re aware of a lot of the issues users are facing at the moment and the team are working on getting a lot of these bugs squashed as fast as possible. As always we really do appreciate your feedback and patience with us while we get these sorted. Thanks.”

Some were sympathetic, offering words of encouragement for the team who were likely rushed into launch by an impatient publisher. Others though were not pleased, pointing out that the team should have known the problems were there before launch.

Like previous instances of broken games at launch, we’ll just have to wait and see how this all turns out. Codemasters has been a well respected developer for a while, so many are expecting fast fixes for the worst problems. For now though, unless you are a die-hard fan, you might want to avoid the PC version of F1 2015.