And with it, an interesting collaboration. 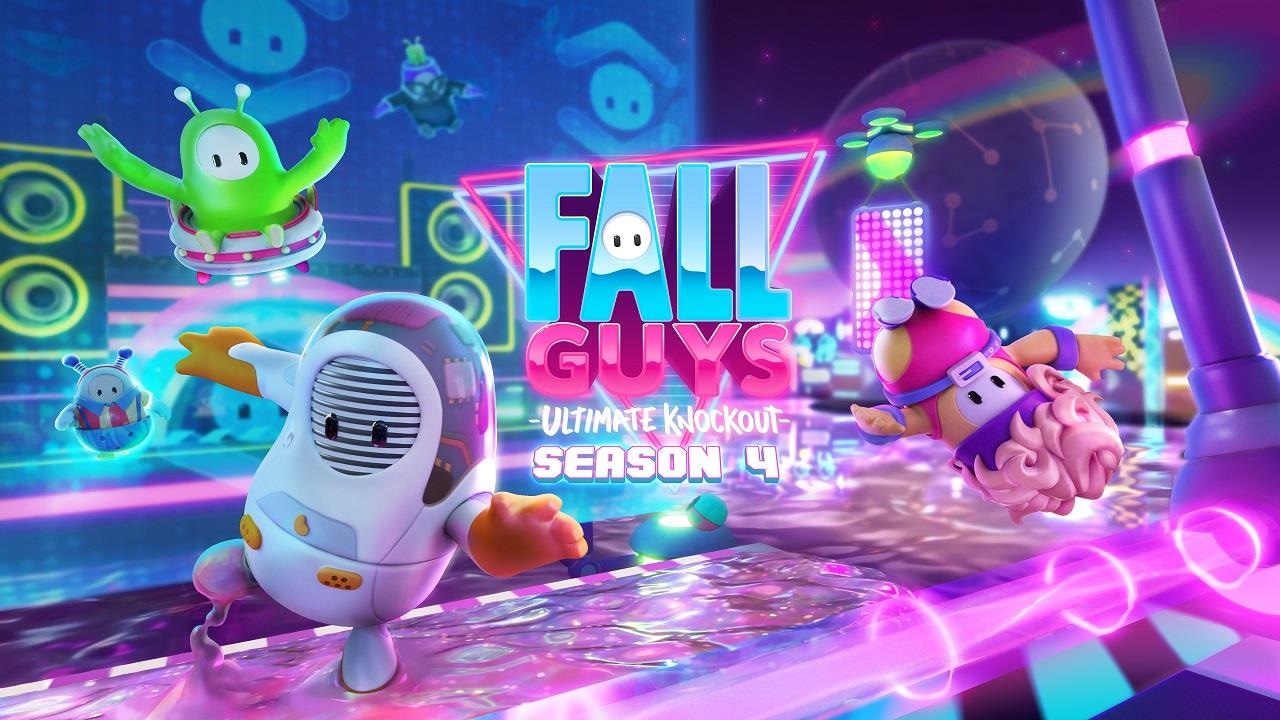 Even if it’s only been a few months, it feels like forever since we got Fall Guys Season 3. The winter update was definitely quite enjoyable, even if snowballs hitting me did draw out some choice words. That and some of the new costumes made the game feel really fresh at the time. I, like many others though, feel as though we need something new to spice things up, and soon the Fall Guys team shall deliver. Fall Guys Season 4 will finally grace our screens on March 22, one week from today’s announcement! They accompanied the news with a new trailer, that of which you can see below.

Fall Guys Season 4 looks to do justice to the 1970s with their futuristic neon city vibe this time around. Everyone’s favorite beans have been teleported to 4041, meaning their surroundings are filled with all the space wonders and dance hits the 70s iconically provide. Across several new levels, you’ll execute death-defying anti-gravity tricks while avoiding all sorts of new obstacles. These include new planets, vibrant swinging pendulums, and much, much more. With plenty of new modes, rounds should have more variety than ever before!

If you watched the trailer though, you may have noticed that Fall Guys is finally getting the inevitable crossover that fans of both games have been endlessly asking for. That’s right, you’ll finally be able to play an Among Us crewmate in Fall Guys! We don’t know exactly when it’s coming to the game, but the teaser shows the iconic crewmate suit with an egg cracked open on its head. I might not play Among Us anymore myself, but the hilarity of that costume is hard to miss.

All of this sounds really exciting, and I hope you can’t wait to play Fall Guys Season 4 when it launches on March 22. Will you be playing the new season? Have you been playing since launch? Let us know in the comments below.

Fall Guys is available on PC and PlayStation 4. A Nintendo Switch version will arrive in Summer of this year.

Among Us Fall Guys Mediatonic Season 4