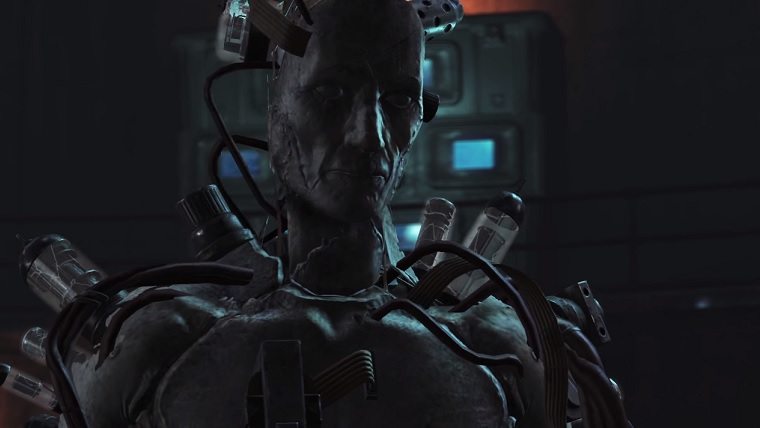 Fallout 4 Far Harbor hits later tonight, bringing with it the largest landmass that Bethesda has ever added to any of their games. With the huge new piece of territory to explore comes new weapons, gears, characters, factions, and of course, enemies. Now, you can get a good look at just some of what Far Harbor is adding to the game with a behind-the-scenes making of video released today. They also published a new article about the DLC expansion, which you can check out here.

In the video, Bethesda developers go in depth into how they came about designing Far Harbor and its inhabitants. The island resides off the coast of Maine, taking players very far out of their comfort zone of the Boston wasteland. The entire island is covered in a radioactive mist, which has caused a ton of trouble for the groups of people and synths living on it.

Some of the big new additions are the Marine Combat Armor, which is said to be the best armor in all of Fallout 4, outside of wearing Power Armor. Tracking this thing down will probably be a tall feat, so get ready for it now. There are also new weapons to discover though, such as the Harpoon Gun, which deals a ton of damage, but seems to have some pretty limited ammo.

With these powerful new pieces of gear, Bethesda also added in some tough new enemies. Far Harbor is said to be a “high level area”, so you won’t want to come here if you’re still stuck in the low teens. Enemies like the Angler who actually interacts with the fog, spitting gobs of it at the player to deal damage.

But the big thing that I’m excited to try out is how Fallout 4 Far Harbor seems to take a deep dive into the mentality of both Synths and the Children of Atom. These groups are very fascinating, so learning more about them could be really engaging for the player.