Fallout 4 Nuka-World Release Times: When you can Download it 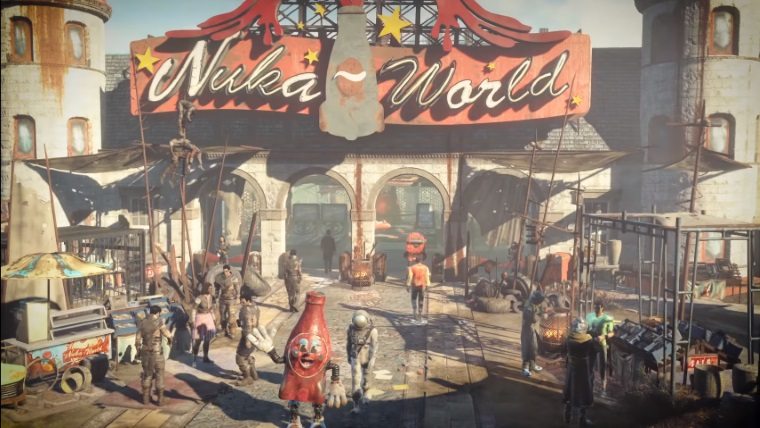 Fallout 4 Nuka-World is hitting later tonight for many, giving players the last piece of DLC for the mega-hit open-world RPG. Providing a landmass that is on par with the previous Far Harbor expansion, players can expect a huge new land to explore, full of interesting missions. But when can they actually dive into the DLC? Well, Bethesda has set the official Fallout 4 Nuka-World release times around the world.

They are 5pm Pacific Time, 8pm Eastern for North America on August 29th. 1am BST and 2am CEST for Europe on August 30th, and 10am AEST for Australia and New Zealand. This is a simultaneous launch, so just figure out how these translate to your personal time zone, if you aren’t listed here.

Fallout 4 Nuka-World adds a brand new theme park style area for players to run through. Themed after the iconic Nuka-Cola from the series, there are rides, attractions, and other fun areas, but of course this is Fallout, so it’s all in pretty rough shape. Raiders will likely be a huge problem as well, so this happy little place will likely be bloody and covered in gore by the time you’re done there.

Home / Game News / Fallout 4 Nuka-World Release Times: When you can Download it