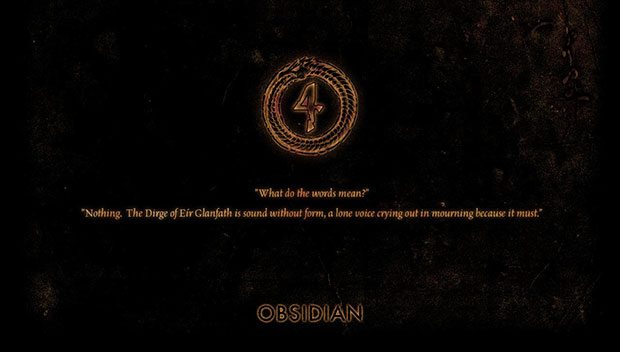 Obsidian Entertainment has begun the teasing phase for a new project.  The developer of Fallout: New Vegas and the upcoming South Park: Stick of Truth began teasing this title dubbed “Project X” .  A new image was found on the developers website with the number 4 inside with the text “What do the words mean?” below.

Some are speculating that this next title will be a new Dungeon Siege title.  Others are crossing their fingers for some sign of life out of the Fallout franchise.  Since Obsidian was directly involved in the franchise with New Vegas, it wouldn’t be surprising if it was Fallout.

Though our money is on something other than Fallout 4, considering its one of Bethesda’s biggest properties and a likely candidate for a next generation RPG from the developer.